According to Toyota: Do Not Expect Self-Driving Cars Anytime Soon Until Automation is Ironed Out 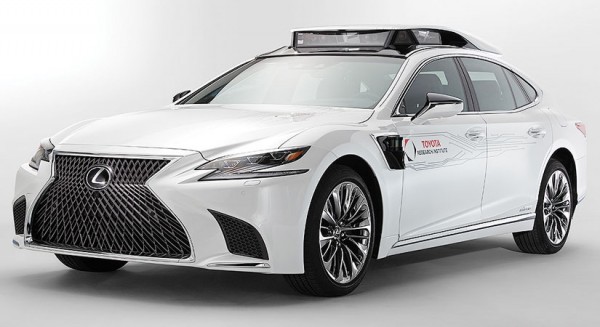 (Photo : www.bworldonline.com)
Tackling the problem of engineering self- driving cars with level 5 autonomy levels. Toyota is working on car automation but does not agree it will happen soon. Be it cars or shuttles that can-do level 5 autonomy is not precise.

Be it cars or shuttles that can-do level 5 autonomy is not precise. The road to level 5 cars has many technical issues that should be perfected.

CEO of Toyota's Advanced Research Institute (TRI) stated that the development of something similar to Vehicle to everything (v2x) is essential especially when car companies are on a race to get self-driving Level 4-5 in the works. AI control and learning to adapt to "deep learning" and ways to "trick" algorithms with a driver.

Based on the CEO's response to what Toyota wants to happen is all about reaching realistic goals. Promises are getting too stale that will adversely affect the acceptance of driverless cars. Toyota/Lexus itself will deliver automated driving "on highways" to cars next year, as part of a technology suite called "Team Mate." But, there is no real level 5 autonomy available yet, as Toyota declared.

But, rideshare cars and other vehicles that service specific locations might work. Some startups like Optimus ride are making tests and trials. The estimated prep for selling will fall within ten years. These units will be demo units that will have "Hacking" make it work.

Autonomous cars should tick these levels that add up to level 5 autonomy with AI, equivalent to a human driver. All driver-assist features are level 2 equipped to transfer lanes on the road with a camera. Equipment is cameras, radars, with an automatic emergency brake that stops them.

Considering geofencing, which is restrictive, not exceptional. A controlled environment with less traffic, slower speeds, and good weather it could work. AI would not have a hard time adjusting to an geofenced climate. It can work but under selective conditions at most.

Further testing to get the final result working flawlessly needs rigorous testing. Lidar roof mounts are not cheap. Throw in more tech like wireless systems should cost more. Despite the cost, it will be done. Testing and improving the tech with Lidar is a positive step. Costly, not cheap, I can work no doubt.

TRI announced that level 4 tests for a fully automated "Lexus LS" equipped with Team Mate suite are ready. Lidar powered roof mount that acts as the eyes of the unit. This will be for next year in Tokyo, from July to September. Testing units in real-world settings and see how it functions precisely to iron out the bugs. Lidar testing in Beijing next year is planned.

Getting past the cost of technology that includes lidar and other sensors with exponential learning. Is what Mercedes Benz has to wrangle with, like Toyota. Needless to say, self-driving cars are limited. Whether it be a personal or fleet type vehicle, they will be subject to how it navigates in the real world. Do you agree with what Toyota and Mercedes have to say?