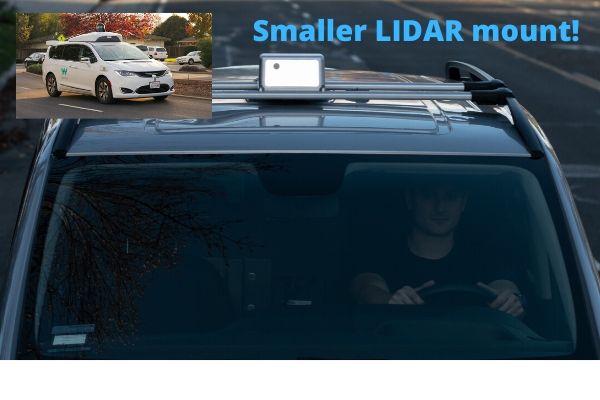 (Photo : Photo credit: techcrunch.com)
The race to reach level 4 or level 4 self-driving technology is getting heated up. One startup, called Aeva has signed up VW and got an investment from the German car-maker. This changes everything for all players in the game now.

The race to engineer self-driving tech is on the move. Right now, many startups are scrambling to get their system perfected, but Waymo is the most notable. Their LIDAR mounts with other sensors have yet to be perfected. Here comes along Aeva, a new startup that is gearing up to make self-driving technology affordable than most. One major difference is the smaller hardware it has developed, that gathers data in real-time, while on the move. If anyone wants a piece of this self-driving mount, it will cost about $500 for each one. Volkswagen has made overtures of interest, in this cheaper alternative for their cars.

News of the cheaper robo-car technology does not only want it, even poured in an investment to finance the research and development of Aeva. The end goal is to use as part of a future concept vehicle with level 4 to level 5 autonomous systems. Several carmakers are eager to put robo-car tech to even out the competition as well. For these carmakers Volkswagen and other car brands, the future is automated driving or bust.

One ready advantage of the tech is to sense how fast the car is going, how objects are reflected, and depth of the surrounding that is more than 300 meters away. All the costs involved in getting the tech is just $500 only. Other costs more, but not as developed so the Aeva unit will be significant for self-drive cars.

Read: Are You Ready for Waymo and its Autonomous Cars? Here's Everything You Need to Know!

According to Alex Hitzinger, who heads Volkswagen autonomy says the system will be tested and analyzed for incorporation into their cars. One target is to put it into the ID Buzz electric car which should have at least level 4 automated driving. This re-imagined VW bus will be the first recipient of the robo-car tech. Launching is planned in 2022 or 2023 to keep VW up to date in the cars they offer.

Implementing and using the Aeva unit is expected to do normal assisted driving for the ID Buzz. This is good news for drivers who just need to overseer the car while it stays in the lane and uses adaptive cruise control to keep a regular speed and distance. One of the main goals of developing the ID Buzz is to develop and market it as shuttles with up to level 4 automation or as driverless robo-cars. This move will take advantage of a similar application as Waymo. Getting the ex-apple brainiacs system leapfrogs the need to develop it in house.

One reason that Aeva's robo-car tech is so enticing is that it keeps interference to a minimum, one problem that plagues other similar self-driving mounts. Another is it does not stick out and uses low power, the best is the lesser cost to acquire and its overall scalability. It is no problem with VW, sharing the technology that will bring down the cost and therefore more affordable. Audi has signed up as well, which shows the appeal of cost-effective self-driving technology as a sellable product.

According to Toyota: Do Not Expect Self-Driving Cars Anytime Soon Until ...