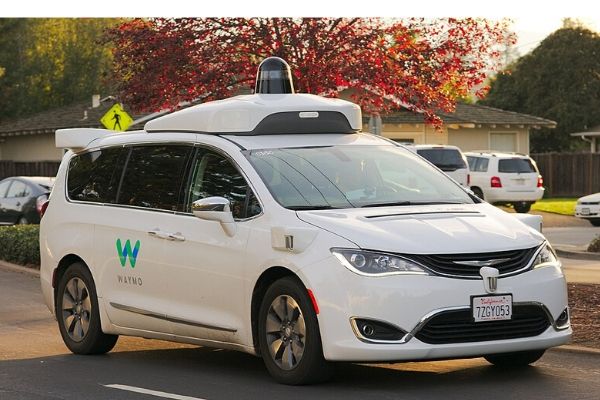 (Photo : By Dllu - Own work, CC BY-SA 4.0, https://commons.wikimedia.org/w/index.php?curid=64517567)
Are you ready for self-driving cars over the horizon? If the Tesla guru has stopped offering it as an add-on for $5000. Speaks volumes about the disruptive technology, why it is not coming any sooner. Companies like Waymo and Uber have their own Lidar-based system going, but not green and go!

Are you ready for self-driving cars over the horizon? If the Tesla guru has stopped offering it as an add-on for $5000. Speaks volumes about the disruptive technology on why it is not coming any sooner. Companies like Waymo and Uber have their own Lidar-based system going, but not green and go! As one comment said, more is needed to reach L5, fully autonomous driving. If it does happen, there will certainly be limitations to the tech.

One glaring fact is the death of a pedestrian that prompted changes in the Uber system, but still not enough. That happened randomly, and the sensors failed. More woe about self-driving cars that will home in on its incapacity. According to Bloomberg the marvel of modern tech is scourged by rain and snow. Both rain and snow are normal in the continental United States, which is one problem to overcome. Test rides in Arizona or warmer parts of the US without sleet, snow, and rain have them running about. Do not expect these robocars in the winter belt anytime soon!

Modules atop the roof with Lidar and GPS systems are the most complex self-guidance tool made. But, there is a problem Houston. Despite all the advanced sensors that Tesla would love to have on their cars. They are blind as a bat in fog, heaving snow, and rainfall. Light sensing radar is all-seeing normal conditions. In bad conditions, they do not see well, and reflect uselessly! While GPS is not as good as a standalone function. What these startups avoid is to admit L5 driving is hampered by these problems.

Finding a way around them will take time! Even Lidar is stumped and cannot function well.

Innovative firms like WaveSense is developing a radar that scans the ground for obstacles ahead! Data is used for detecting where the car is when moving fast. This approach is out of the box, and using ground penetrative radar will help with difficult weather. Hopefully, this tech is the answer to help Lidar see better. It is not cut and dries with how to integrate as part of the system. How well it works depends on a pre-determined route to follow. No different from the other startups that are trying to beat others to the punch. Overall, the logistics to making them work is a bit dreadful with all the kinks.

Fully autonomous L5, self-driving cars are supposed to have all the hardware and software on the get-go. This assists machine learning to drive in real-time. Connecting the real-time factor with the support it needs, from exterior factors. Tech like v2x, 5G, IoT, and forthcoming tech is what is needed. Achieving it would be a costly investment for all the self-driving startups. Level 5 autonomy will have to wait with all problems that are overcome.

Until self-driving cars can drive through snow, rain, and bad weather, but that is far off. For now, developing the technology is limited. Do not expect them in winter, sleet, and snow!