Why the Audi A7 Is the Car for You, Not an SUV 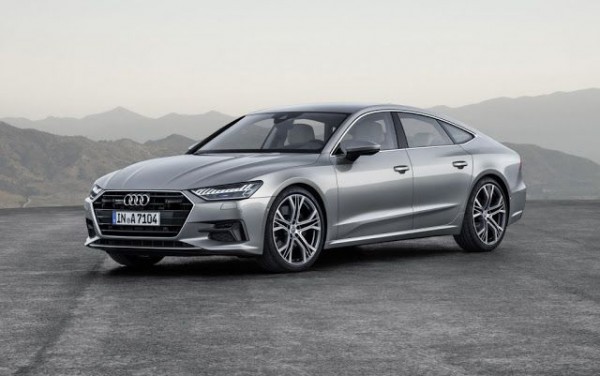 (Photo : i.pinimg.com)
It is too early to post-mortem SUVS in the US because the Audi A7 begs to differ. This big sedan has the performance and features to survive, try a test drive to see what it is.

We have heard the news and eulogies for the sedan is its crescendo, and the SUV is the overlord of the road. In the US, there are fewer sedans sold than SUVS or their smaller cousins the crossovers bought. But, there is one car that will go against the trend and win back consumers. Enter the Audi A7 which is Audis bet to proof sedans are still worth buying.

This a bold move for the carmaker, when other badges are summarily culling most sedans from their roster. Transforming them into SUVS or crossover iterations as a way to survive in this market trend. Even in Europe, the sedan is swallowed up by SUV and crossover sales.

Despite all the trends that point outselling more SUVS or crossovers will be better. Audi has geared the Audi A7 to do battle and impress enough with this excellent sedan. Inside the A7 is the car DNA that made prior models, successful and even featured as the Transporter. Which proved to make it a popular sedan, after several movies.

One thing to consider is that not everyone is going all out for SUVS, for some getting a luxury and sport sedan is what driving is all about. Not a big SUV, that occupies the road, and is not as fuel-efficient. Read on and see that the a7 has got what it takes to tackle SUVS.

1) Style and lux features are great trim to have on your ride, but add a little more power to have extra juice. This is almost as much power as some mid-sized SUVS. Why suffer a slow acceleration when this sedan has a 3.0-liter V-6 under the hood. It is no slouch with an output of 335-hp and 369-foot/pounds that pulls the chassis with ease. Run and gun this baby, something that is not doable for an SUV.

2) Designers made, and engineers gave it a size to keep it balanced on the road. This is one hefty sedan that weighs 4,300 pounds, which is as heavy as large SUV too. Though it comes on as a bigger car, has the sports and lite handling that is part of Audi's DNA.

3) If SUVS tend to have huge interiors, this is different from some stuff that makes it distinct. There is a symmetry of design for the dashboard, that was not there before. Everything is clean and refined, with a large infotainment screen and other complementary touches. Included is an advanced virtual cockpit for all the instruments. SUVS tend to be simpler and a lot less lux, compared to the A7.

4) The cost of acquiring it is $68,000 for the money. But, some accents are not satisfactory though looking beyond that and what it offers. It would still be a good choice, though cheaper luxury sedans are an option for anyone. Bottom line, Audi made a car that is one good choice and with all the excellence attributable to it.

True sedan are gasping for breath but car makers like Audi and their A7 hope to weather the trend. SUVS are good options, but big cars like the a7 are better than most subcompacts and SUVS any day.

Related Article:  Sedans Aren't Dead And The Audi A7 Is Proof

Volkswagen Recall Update: More Than Half A Million Units To Be Recalled Due To ...