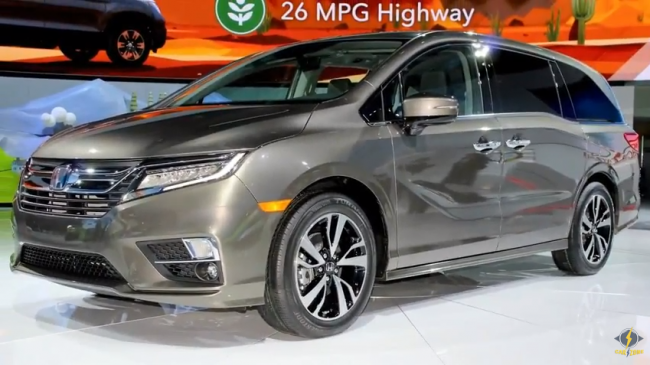 The 2018 Honda Odyssey is coming out later this year. After deciding the Odyssey is the right car, is the wait for the newer model really worth it?

The 2018 Honda Odyssey is coming out later this year. After deciding the Odyssey is the right car, is the wait for the newer model really worth it?

2017 Honda Odyssey. In a report by Motor Trend, there is a compelling argument on why the 2017 Odyssey is the right model to buy. First of all, it is very likely that Honda will offer more selections and incentives for the outgoing 2017 model. The older model offers an EX-L instead of an EX, a Touring trim instead of an EX-L, and get extra money because it will be cheaper. If any of this sounds appealing, then the 2017 model could be the right one to purchase.

The outgoing 2017 model also has a lot of space. Minivans are well known for maximizing interior space for both people and cargo. The Odyssey is one of the best-known examples of this regard.

Even the tallest of passengers will be amazed by the space. Even its third-row seats are impressive and can accommodate full-sized adults with ease. In a 2014-2015 Big Test comparison, the outgoing Odyssey placed second for overall space and had more third-row legroom than all of the other competitors! Access-wise, the 2017 model's second-row seats are very easy to move out of the way. However, the 2018 Odyssey has a new flexible system that was easy to use allegedly.

The 2017 Honda Odyssey has one of the most spacious minivan cargo spaces in the market. This is also true for the 2018 model. The 2018 model will likely have the same space or even more but take note that the Odyssey is already at the top of its class.

The 2017 Odyssey Elite has an MSRP of $46,265. One of the many features it has is the HondaVAC. This is the only other trim to feature the in-car vacuum than the lower-end SE. This feature is handy and helpful especially for long trips and with kids. While the HondaVAC will return for 2018, it may take a while for it to become available because it will be coming to the higher trim levels.

2018 Honda Odyssey. One of the top reasons to wait for the 2018 model is the Active Safety Tech. The active safety tech standard will be available on every trim starting at the EX and up. This is a great addition for a family-focused minivan.

This package includes a collision mitigating braking system, a lane assist system, and adaptive cruise control. The first two features are very important, especially for families with a lot of younger children. While the 2017 Odyssey is a safe car, the 2018 Odyssey will be even better at keeping the riders out of an accident.

The Honda Odyssey 2018 model will also get more modern screens. There will no longer be a need to get a trim with a rear entertainment system to notice. The 2018 Odyssey's instrument cluster will carry a huge 7.0-inch display in the center. In addition, the new layout is a complete step forward.

The touchscreen display will also be an 8.0-inch which replaces the two-screen layout of the outgoing minivan. While the two-screen approach was nice, the lower screen never had enough display to be useful. The new infotainment system will also have better navigation and will be compatible with Android Auto and Apple CarPlay.

The 2018 model will also have more power. While the engine remains the same, the horsepower is improved and it will add a nine-speed auto and even a 10-speed auto for higher trims. Hopefully, it will also have better steering ratio at low speed to make it more maneuverable.

The 2018 Honda Odyssey will be available in spring, as previously reported. The price point is likely to match the previous model or may show a slight price increase. Either way, there would be plenty of incentives to buy the older model. However, considering the new features that were outlined, there is also a compelling argument for the 2018 model. Which one do you prefer? Share your thoughts and comments below!

2018 Honda Odyssey: More Versatile and Comfortable Than Ever Before