Advice for Avoiding Accidents While Driving 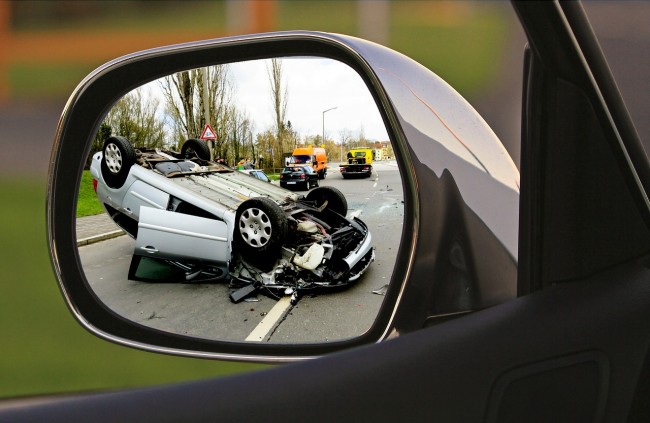 Although there's no way we can completely control our surroundings, everyone wishes to feel safer while driving. It's scary to think that you could do everything right and still end up in a car accident because someone else's brakes didn't work, or they didn't check their mirrors before merging into another lane.  If you want to avoid car accidents to the best of your ability, here are the top things you should do while driving!

Eyes On The Road Even At Red Lights

We all know that texting and driving are terrible and costs thousands of lives every year: but did you realize even texting while at a red light can be dangerous?  Taking your eyes off of the road at all is a bad idea that can end in fender benders and car crashes.  If you're looking at your surroundings, you may realize someone behind you is driving erratically, and you can move out of the way before they pull up behind you.

Also, people who look at their phones at red lights often use other cars as indicators.  Thousands of crashes happen every year because a driver in a straightforward lane thought their light turned green. After all, the drivers in the turning lane started moving forward.  Put your phone somewhere you can't reach it when you're driving.

Regardless of how good a driver you are, you have to be careful of everyone else on the road.  Pay close attention when in crowded lanes and when going through intersections.  You have to keep up your guard and be ready to move if someone around you makes a poor decision.  If you have to swerve to get out of the way, quickly ensure that you're not shifting into a different vehicle.  This mindset would cause another reason to research a personal injury lawyer in Kingston, PA, to find someone who can help you.

There's a risk on every road in America.  The first fifteen minutes after it starts raining, the road's oils make it slicker to drive on and harder to break on.  If you, or anyone around you, don't have significant breaks, this could spell disaster for you.  There's a lot more to worry about in colder climates, from hydroplaning to black ice and the thousands of species of animal who seem to wait to cross the road until a car is headed down it.  Keep an eye out for risks you know are in your area, and be smart.

This tip may seem obvious, but people seem to pretend it's nothing to think about.  Don't race other drivers or red lights.  When someone tries to get onto the interstate and merge, don't try to speed up to pass them before they can get on.  Don't try to rush through a yellow, almost-red light because you could risk causing a collision.  If you're turning onto a road, don't rush out in front of the traffic because you're tired of waiting.  While you're driving, impatience could put you at risk of life or death, and those couple of seconds you might save aren't worth it.