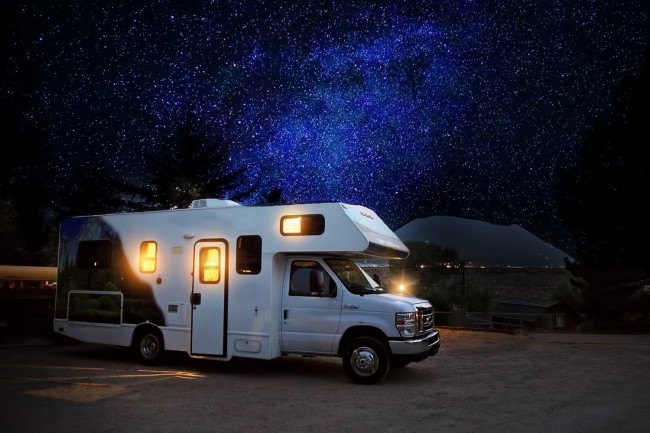 Over the years, the motorhome has come a long way. There are myriad ways in which the modern motorhome is superior to those of bygone years. They're more spacious, they're more fuel-efficient, and they come with extra features which just a decade or so ago might have seemed fanciful.

Should disaster strike, you'll want to be protected by specialised insurance, of the kind provided by Comfort Insurance. It's worth taking stock of some of the more significant of these features, as well as a few more obscure ones which might make all the difference, should you choose to invest in them.

When you apply the brakes, the last thing you want it for them to lock up. And this is especially the case when you're driving a three-and-a-half tonne motorhome. The ABS system uses magnetic sensors to determine when a wheel has locked up, and accordingly releases and reapplies the brake in question. This occurs automatically, which means that the system doesn't need to worry about the competence of the driver, or the extra reaction time that a driver would introduce.

For extremely long vehicles, the distance between the front and rear wheels becomes especially important. Hit the brakes hard in an older motorhome, and the weight of the vehicle will rush forwards, meaning that the rear brakes lock and rush forward to overtake the front, potentially entering the vehicle into a sideways-on slide. By adjusting the pressure between the front and rear brakes, a modern abs system can ensure that this doesn't happen through a technology called Electronic Brakeforce Distribution.

It's not just during emergency stops that this benefit might be felt; it'll also make general braking smoother, and make the vehicle that much easier to handle, and accordingly less likely to be involved in a collision.

Super-modern vehicles come with all kinds of automated systems designed to reduce the risk of a collision. There are cameras which detect the lane you're in, and which provide feedback in the form of an audio warning and a nudge to the steering to centralise the vehicle. Then there's adaptive cruise control, which, rather than keeping the vehicle at a constant speed, will instead maintain a constant distance between the front bumper and the rear of the vehicle in front. In motorway situations, where starting and stopping can vastly inflate fuel consumption, this latter feature can often pay for itself.

Taller vehicles are vulnerable to sudden changes in direction as a result of crosswinds. Modern Electronic Stability Control systems will react to sudden swerving and rolling to keep the vehicle under control, even during hair-raising episodes. An ESC will also help you to deal with aquaplaning and spillages, reacting quickly to correct and avert disaster. They've been a requirement for several years now, and they've only gotten more sophisticated over time.