Looking to Start Collecting Scale Model Cars: Here Is What You Need to Know 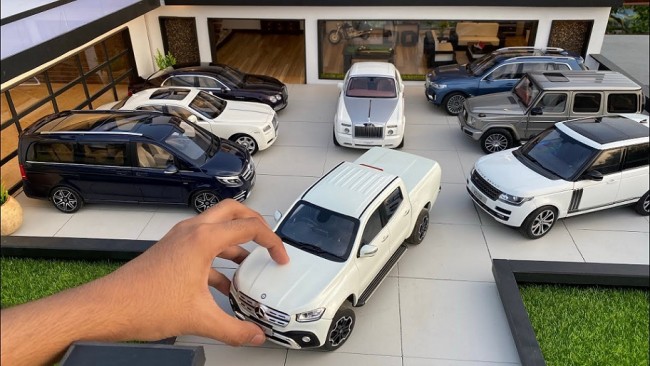 (Photo : Looking to Start Collecting Scale Model Cars: Here Is What You Need to Know)

You dream about owning your collection of some of the most beautiful cars in the world? You're into sports cars and would love to have them at home? You can, by collecting scale models, identical to the real ones, except in a smaller size. Here is what you need to know to start such a collection.

One of the Most Popular Hobbies in the World

If you dream of cars, you are not alone. There are many people who buy scale model cars to build a collection simply because they enjoy them so much, they need to have them around, to look at and study how they are made. In fact, these miniature cars for sale are identical to their full-size version. Depending on the scale size, it can contain incredible details for all automobile lovers to discover.

If you want to buy scale model cars, you can do so online. There is something for every demographic and at different price points that will satisfy the collector in each of us. Replica cars for sale have always been popular, but with the lockdown period the world went through, it gained even more interest as everybody was looking for something to occupy themselves. Car fanatics discovered that they could quench their thirst of knowledge on the subject by acquiring scale model cars, and seeing first-hand how they are built.

People collect various sizes of scale cars. Usually, when they decide on one ratio, they buy all their scale model cars in the same ratio. When you read the information, it will show a number like this one: 1:2. The larger the second number is, the smaller the car model will be. In this case, that would mean the car is half its size. If we had a model indicated at 1:87 that would mean that it is 1/87 the size of the normal vehicle, in other words 87 times smaller. Therefore, the smaller the second number is, the more expensive the scale model will be.

One of the most popular scales is 1:64. That is the size that was chosen by Hot Wheels to create their smaller car version. Most of us, when we were young, owned a few of these cars that we liked to play with, and some decided to continue collecting them as they grew older. But major collectors usually prefer models that are a bit bigger. The 1/18 model is especially popular amongst them, as they provide enough details to look into. A Hot Wheel version of a car will give you the basic idea of what it looks like, whereas a 1:18 will let you explore the various parts of the car in much more detail.