Is Your Car Getting You Into Trouble? 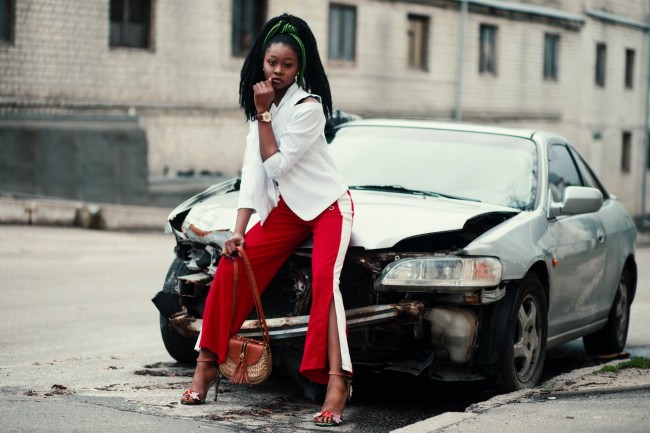 (Photo : Is Your Car Getting You Into Trouble?)

Decals are one of the most popular ways people individualize their vehicles. It can reveal the personality of the driver or offer information about the passengers. Whether you showcase who is in your family with stick figure decals or keep track of where you have been on vacation, stickers are a fun way to decorate your vehicle.

But does having decals on your car have consequences? For example, does supporting a politician with a bumper sticker cause other drivers to be aggressive? Are you more likely to be pulled over if you sport a marijuana leaf emblem? In a new study, SafeHome.org asked 1,195 drivers about car decals and how they might shape peoples' experiences on the road. Here are some of the results.

However, there were a few reasons people chose not to attach decals. According to the study, more than half (52%) of respondents refused to put Trump-related stickers on their vehicles because they were afraid of how other drivers would perceive them, while another 45% said they looked tacky. As for marijuana-related decals, nearly 3 in 5 people would not sport one because they're concerned about how the police would view them, and more than 1 in 3 people said it is too personal.

A decal about gun ownership was the one bumper sticker people were least likely to refuse to put on their car. Only 13% of respondents said they would never put a gun-related sticker on their car because it would affect how other drivers and the police perceived them. Just 6% of the drivers surveyed thought they looked tacky.

Being Pulled Over, by the Numbers

The top three car decals people believed led to being pulled over by authorities were an endorsement of racial equality or identity, religious identity, and political affiliation.

The survey also asked people to provide examples of times the officer mentioned their decal during a routine stop. One 20-year-old man described a time when an officer pulled him over to inform him that his vehicle registration was going to expire soon. The officer then continued to say that his liberal-leaning bumper sticker was "interesting," and he would not have that on his car.

Road rage happens for many reasons. Maybe a driver accidentally cut someone off or didn't accelerate immediately when the stoplight turned green. Other times, however, respondents said it is because of the decals displayed on other drivers' vehicles.

Nearly 30% of people who said they support or oppose Donald Trump and have bumper stickers on their vehicle reported experiencing aggression from other drivers. People with religious, military support, and political endorsement decals said they had similar experiences.

A 46-year-old man said he has an anti-Trump sticker on his vehicle, and while at a red light, another driver began to yell at him over his bumper sticker. Another instance included a 36-year-old man supporting Trump with a bumper sticker who said a woman flipped him off and yelled at him because of the decal. In a more extreme case, someone had a milkshake thrown at his car for his anti-Trump decal.

Some of those surveyed avoided posting decals on their vehicles, while others chose to put their views on display. Whether people decided to or not, the survey proves there could be real consequences for displaying certain bumper stickers.