Are Hybrid Cars Worth It? 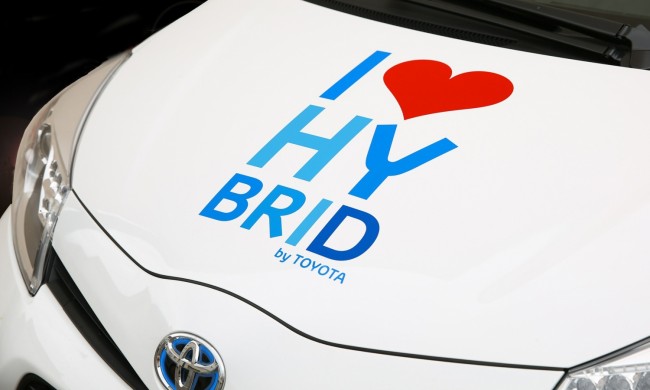 If you are in the market for a new car, you may be wondering if you should choose a hybrid. You are constantly being reminded of your carbon footprint and are conscious of being environmentally responsible. Lest you forget, hybrids are advertised for their money-saving feature of using far less gas than non-hybrids. Considering the importance of both of the aforementioned criteria, and knowing a new car is a major purchase, it behooves you to do your research.

On one hand, you can think of a hybrid car the same way you think of your project winning a prize on a local science night.  Although you are the victor of this project, unlike the science fair, you won't be waiting for your trophy shipped for free. Instead, you immediately benefit from the dual power sources.

Basically, a hybrid uses the electric motor to get the wheels of the vehicle moving from a stopped position when accelerating slowly. Electricity continues to power the vehicle until you reach a certain speed, typically around 35mph. Once you are traveling at or above that speed, gas power takes over and you stop using the electric power.

When you are traveling at higher rates of speed, like on the highway, you are using predominantly the car's gas power. The benefit of that is not only is it powering your car to get you where you are trying to go, but it is also charging the electric portion of the hybrid. It is a constant system of interchanging power sources to make the vehicle operate. When you take your foot off the gas, are coasting, or are going downhill, the electric motor takes over and you are saving on gas because you aren't using the gasoline engine.

The reasons why you should buy a hybrid seem fairly straightforward. Not only are you doing your part for the environment and reducing your carbon footprint by using less gasoline but you are also saving money because of the ever-rising cost of gasoline. Keep in mind, hybrids emit fewer emissions and run on cleaner electric power.

Don't be fooled into thinking because you're driving a hybrid you will lack the acceleration you're used to. A hybrid will accelerate just as quickly as a gas-only powered vehicle. Granted, it won't be as fuel effective, but it will go like you are accustomed to.

Unlike electric-only cars, you don't have to concern yourself with how far you've traveled. There are no range limitations because it switches from electric to gas-powered when necessary.

While hybrid vehicles offer many benefits, there are also some drawbacks to consider. A hybrid car will cost you more than a traditional, gas-only powered vehicle; as much as 15% more. So, straight away, you aren't actually saving money. Routine maintenance, such as oil changes, is more expensive than those for gas-powered cars. Not only that, repairs on hybrids tend to be more expensive as well.

The main costs of repairs for hybrids tend to involve replacing the batteries. It's important to know that changing a battery in a hybrid is not what you are used to. You can't just go to your local automotive parts store and buy a new battery to be installed right then and there. Because the battery is responsible for running so much more of your car and powering a different motor, the cost of replacing the battery will cost you thousands. Luckily enough, batteries on hybrids typically don't need to be replaced until several years down the line.

All in all, hybrids are a great mode of transportation but you will have to weigh the individual pros and cons to see if this would be the right vehicle for you and your budget.