Why the Ford F-150 Continues to Dominate Sales 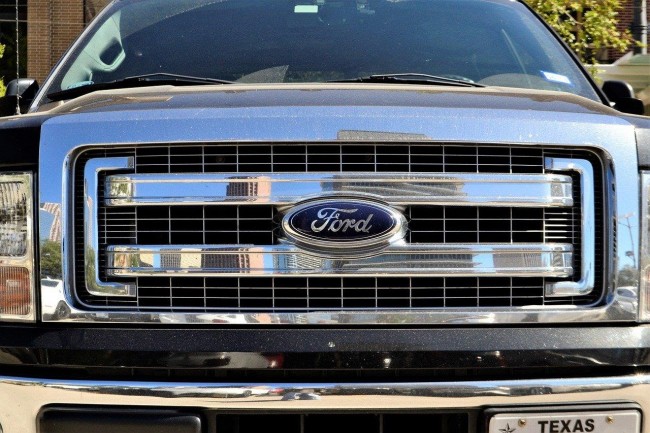 If there were ever a vehicle "dynasty" in North America, honors would certainly go to the F-150. Ford's flagship truck doesn't just inch ahead of competitors in terms of sales - it far surpasses them.

Is the Ford F-150 really that popular? And, if so, how did the F-150 come to claim the crown of North America's favorite truck? In this post, let's look at a few stats to back up the claim, and detail what it is about the F-150 that has consumers coming back time and again.

If you make a claim like, "the Ford F-150 is the preeminent North American truck dynasty", people are going to ask you to cite sources. Luckily, the numbers don't lie:

But that still begs the question: why is the Ford F-150 so popular?

The F-150 simply wouldn't be the sales juggernaut it is if wasn't a reliable, high-performance vehicle. It offers an option between a V8 and turbocharged 6-cylinder engine (both incredibly powerful) with a payload of 3,120 pounds and towing capacity of 13,200 pounds. It's a dependable workhorse.

The price is also right. Ford lists a starting price of 32,339 for the F-150 in Canada, but you can find even lower prices through Key West Ford. Because its popularity has remained steady for many years, there are also a number of affordable used options on the market. Simply put, for the power and capability you get, the F-150 is incredibly priced.

Next, provenance definitely factors into the equation. People like the fact that the F-150 is made in America; in a time of widespread outsourcing, it's a sign of solidarity and national pride. There's also the reasoning (however suspect) that America just makes better vehicles - it has a long history of manufacturing, after all.

Finally, because of all the three reasons above - its superior performance, good price and American provenance - the F-150 has developed a loyal following over the past 40 years. When your old F-150 bites the dust, you may entertain the idea of picking up a Silverado or a Ram 1500, but you usually just come home to roost, buying a new F-150 to replace the old one. That kind of brand loyalty is tough for competitors to shake.

The numbers are clear: the F-150 was and is North America's favorite truck. And with its powerful functionality and affordable price tag, it's easy to see why.