Everything You Should Know About Night Blindness 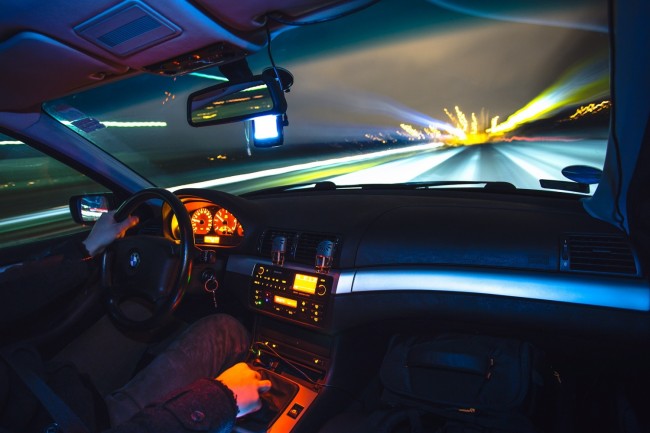 Driving at night can be risky, whether you have vision issues or not. When there is decreased visibility at night, it leaves you at a greater risk as a driver, and it also puts other drivers and pedestrians at an increased risk of injury.

Around 72% of pedestrian accidents resulting in serious injuries happen at night, and 78% of those occur in urban areas.

It's tough on your eyes to adjust how they function when you're frequently switching between bright headlights and dark roadways, and for some people with night blindness, this can all be even more challenging.

What Is Night Blindness?

Sometimes you might hear people joking about being "blind" when they drive at night, but there are real medical conditions that can make it difficult to see at night. Nyctalopia is the name for night blindness.

With nyctalopia, someone has a hard time seeing in darkness or dim light.

It can take their eyes an unusually long time to adjust when they go from light to dark, and the problem stems primarily from an issue with the rod cells of the retina. The rod cells are responsible for taking light rays and converting them into electrical signals, which your brain then interprets as images.

When your rod cells become damaged, then that can lead to night blindness.

Night blindness isn't in and of itself a condition but is instead a symptom of something else.

Some of the reasons your rods might be damaged that can lead to night blindness include:

Night blindness does impact a person's ability to see at night and in dim or dark light, but they aren't completely blind.

Some of the symptoms of night blindness include:

Other seemingly non-related symptoms may occur when you have night blindness such as headaches, nausea, vomiting, and blurry or cloudy vision.

What about seeing halos around lights? A lot of people deal with this when they're driving at night, but it doesn't necessarily mean you have night blindness.

Halos mean that you see rings or bright circles around a source of light. When you're driving, this might mean a headlight or a streetlight.

Sometimes it's normal to see halos, but halos can also be caused by cataracts, LASIK surgery, or wearing glasses or contact lenses.

If you suddenly experience halos or they occur along with symptoms like blurry vision or pain, then it could indicate that you have a serious eye disorder, and you need to speak with your doctor. The causes of halos are different than the causes of night blindness.

Halos occur when there's a bend in the light that enters your eyes.

Treatments for halos depend on the cause. For example, if halos are due to cataracts, then the problem may be eliminated when you get cataract surgery. Similarly, if it's from glaucoma, laser surgery might help with the problem.

How Is Night Blindness Treated?

If you think you could have night blindness, the first thing to do is speak with your eye doctor.

Treating the condition, similarly to treating halos, requires that you have a diagnosis of the underlying condition, and then treatment is guided toward remedying that.

If your night blindness comes from a deficiency of vitamin A, then your doctor may recommend supplementation.

Some of the genetic conditions leading to night blindness aren't treatable, and if this is the case, then the recommendation may be that you don't drive at night.

Even if you don't technically have night blindness, it's generally more challenging to drive at night than during the day.

Tips for safe nighttime driving include:

If you feel like your nighttime driving is impaired in any way, it's best to avoid driving. Speak with an eye doctor and figure out what needs to be done, but if at all possible, don't risk it by heading out on the roadways.

The winter is an especially risky time because you spend more time driving when it's dark, and it can affect depth perception, peripheral vision, and color recognition.