The Most Popular Ford Trucks 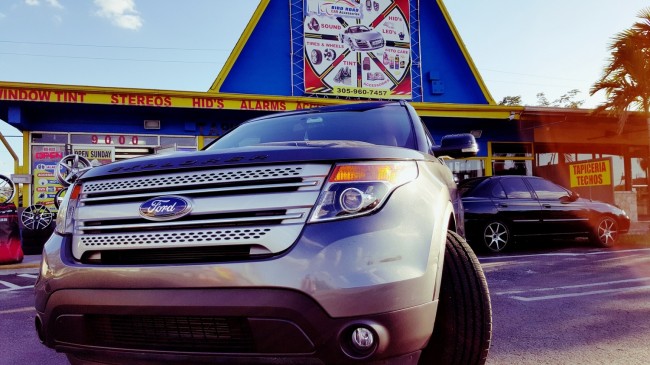 Trucks have been at the forefront of automobile history, whether they are being used to get workers to a construction job or help someone build their own business. Fully understanding the history behind trucks means that you need to look into the past and present to see the trucks that millions of people have driven across the world. Acknowledge these Ford trucks that have helped shape the automobile market to what it is today.

Early trucks used to be known to be very heavy and large, meaning that you might not have wanted to purchase one if you didn't have enough space in your garage. The Ford F-150 came along in 1948 as a truck to help balance the woes between having enough storage space in the back to fit all of the cargo that you need while being able to fit it everywhere. As generations have passed, the Ford F-150 has constantly been improved when it comes to weight, look, and feel to create the most popular truck in the world.

Sometimes speed demons are looking for a bit more with their truck than simply having storage space. The Ford Lightning was first introduced in 1993 as a vehicle that emphasizes speed over anything else, helping you either race around a track or get to wherever you need to in the fastest time possible. After the first model was built in 1993, Ford came out with the 1999 Ford Lightning which would improve on speeds by being able to hit 0 to 60 in less than 6 seconds and be able to hit a maximum speed of 147 mph. Truck enthusiasts still look for any used Ford Lightning that they can get their hands on so that they can experience unique thrills that typically aren't seen with your traditional truck.

After World War 2, soldiers came back to the United States with income that they have never seen before since they were typically young adults that weren't fully settled before shipping out to war. This created a boom over the next decade and so in which more companies were looking into building luxury products that adults would purchase to make their lives better. Ford decided to take this opportunity by building the Ford Ranchero in 1957. The Ford Ranchero is unique to trucks that you would be able to purchase even today in that the design is more typical to a coupe that you would see families driving in the 1950s along with still having the truckbed that would want. The success of the car after being first released in 1957 led to the company constantly building new models up to 1979.

In the late 1930s, passenger cars had a unique style in terms of having a large front that was curvier than you would see on cars made today. Ford decided to take popular trends from those passenger cars and introduce them into their Ford Half-Ton Pickup. As the name entails, the car was able to hold 1000 pounds of weight in the back while still having a light front. As time passed, this pickup became popular over the years and now where car collectors are still looking for any Ford Half-Ton pickup that they can find as they don't see Ford creating any Ford trucks that will have this unique of design ever again.