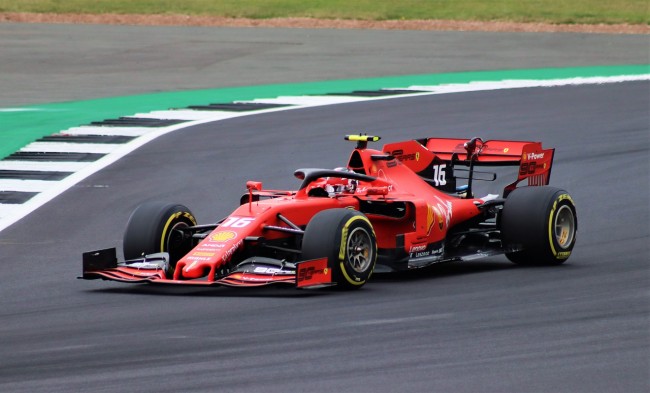 Lewis Hamilton is enjoying the winning feeling once again after romping to the unlikely victory at the Russian Grand Prix last weekend, beating out warring Ferrari hopefuls Sebastian Vettel and Charles Leclerc in Sochi for the honors.

Can anyone stop Lewis Hamilton? Be sure to check Betonline review before placing a wager on your choice, bet for the 2019 Japanese Grand Prix.

Indeed, Ferrari was all set to dominate according to F1 betting markets until the Scuderia chaotically threw away an almost certain victory and made way for the Briton to sweep the Sochi Autodrom's chequered flag. Ferrari were priced at -140 to saddle the winning driver in Russia and as the race started it looked an almost lock bet.

What transpired in Sochi was a bit of a brouhaha worthy of an Italian dramedy and revealed an unfortunate symptomatic breakdown in communication between the Ferrari team starlets. Not everyone appears to be on the same page, so it seems.

In order to beat Hamilton, the team strategized how best to take the top two honors in Sochi. The plan involved pole-sitter Leclerc offering Vettel a slipstream on the 900-meter charge to the opening bend. Thus, if the German would get ahead of both Hamilton and Leclerc, he would allow his teammate back into the lead.

While Leclerc followed the plan, Vettel had his own ideas and appeared to defy team orders (or just didn't get the memo) by refusing to allow Leclerc ahead for the predetermined 1-2 finish ahead of Hamilton. The orders came in three times no less, but the German blithely disregarded them.

Scrambling for ideas the team elected to give Leclerc the advantage with fresh rubber, pitting the 21-year-old rookie four laps earlier. While it worked initially, the plot thickened in a dramatic ending to Ferrari team principal Mattia Binotto's chagrin and, in turn, Vettel's outrage.

In a totally unexpected twist, Vettel suffered engine failure that forced him to retire, but given that his car was in a perilous position, officials deployed the virtual car safety period. That boon was all Hamilton needed as he got a free pit stop and then the subsequent lead and victory.

Sunday's win was Hamilton's ninth win on the 2019 season, his second in five races and his first since winning the Hungarian Grand Prix in August. He snaps a three-race-winning streak by Ferrari's tandem: Leclerc triumphed in back-to-back Grand Prix's (Belgian and Italian), while Vettel was victorious in Singapore.

Now 73 points ahead of his nearest rival Valtteri Bottas (Mercedes), Hamilton is on pace to win a sixth F1 championship title.

He has 322 points with just five races left on the season while his Finnish teammate has 249 points. In third place, is Monaco-born and Leclerc (Ferrari) with 215 points.

Another Formula One world title would put Hamilton just one title behind record-holder Michael Schumacher, who lifted the championship title seven times in his glittering career.

Hamilton needs just 58 more points to be assured the title. With each race awarding drivers 25 points, if Hamilton wins the next two races - Japanese Grand Prix and United States Grand Prix, he could be celebrating a sixth championship title victory while in Mexico for a third consecutive season.

Lewis Hamilton enters the Japanese Grand Prix field as the defending champion, but he's not the top favorite according to bookmakers. Hamilton, priced at +165, is second-favorite behind driver-of-the-moment Leclerc, who is priced at +150.

Sebastian Vettel, meanwhile, is priced a good distance off at +275, while Valtteri Bottas is surprisingly far-flung at +700 to win the Japanese Grand Prix at BetOnline sportsbook.

Last season, Lewis Hamilton, who started from pole position in Japan, never relinquished the lead, not even during the pitstops. From lights out to chequered flag, he swept around the Suzuki circuit unchallenged and with all and sundry eating his dust.

The win at the time marked his 71st career win and put him at just 20 wins adrift of Michael Schumacher's record haul of 91.