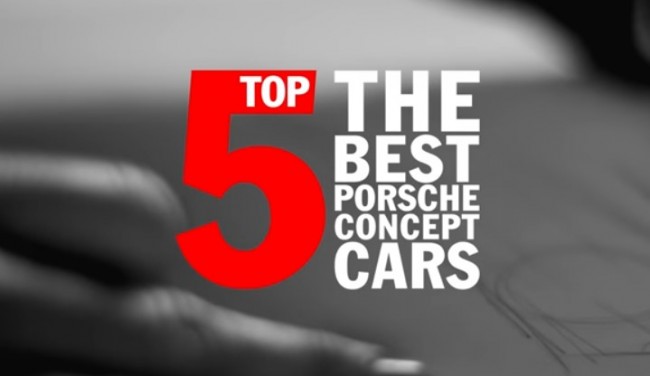 Porsche has made a lot of concept cars over the years. Some of them made it to production while others were cancelled during development. The top 5 include the 754, 989, Cayenne Cabriolet, 918 Spyder, and the Mission E all-electric car.

According to a report by Road and Track, the German luxury automaker made a recent video of their top 5 concept cars. The list and the video can be found below.

The 695 was a 1961 model, although it could be the very same car. It was unveiled at the 1963 Frankfurt Motor Show. A year later, it was officially released onto the roads as the iconic 911 model.

Porsche 989. The 989 was a 4-door performance touring sedan that was developed sometime between 1988 to 1991. It was never produced and development was halted and eventually canceled in January 1992.

An increase of sales of the 928 model in the eighties resulted in executives considering another large touring. They wanted a 4-door that could also serve as a more practical but equally powerful alternative to the 928. The vehicle needed to be both luxurious and comfortable but still sporty. They wanted something similar to a large saloon car from BMW or Mercedes-Benz.

The original engineer assigned to the vehicle, Ulrich Bez, left Porsche in September 1991. As a result, the vehicle lost momentum and was eventually halted completely.

Porsche Cayenne Cabriolet. The Cayenne Cabriolet was actually a secret, according to Car Mag. It was designed in 2002 and is one of the craziest concept designs by the German automaker. Now that the Range Rover Evoque Cabriolet is already available it actually does not seem as bizarre anymore.

Porsche 918 Spyder. The 918 Spyder was a mid-engine plug-in hybrid. It was first shown as a concept at the 80th Geneva Motor Show in March 2010. It was eventually released as a limited edition Hypercar with 918 units sold as a 2014 model.

The Spyder had a naturally aspirated 4.6-liter V8 engine which could develop 608 horsepower. It also had two electric motors that could deliver an addition 279 horsepower. The 918 had a combined output of 887 horsepower and had a top speed of around 210 mph.

Porsche Mission E. The Mission E is the final car in the top 5 concept car lineup. This was first shown in 2015 at the Frankfurt Motor Show.

The Mission E is the German automaker's first fully electric car. It has 2 electric motors controlled by a Torque vectoring system and can produce over 600 horsepower. It has super-fast charging and can even be charged in around 20 minutes or less. It can go from 0 to 60 in 3.5 seconds and can run over 155 mph. Currently, the Mission E is said to be under development and is set to launch in 2020.

Those were the top 5 concept cars according to Porsche. The video can be found below. Which one is your favorite? Share your thoughts and comments below.

Why the Porsche Carrera GT is the Greatest Car Ever Made

The Porsche 911 Carrera: Here's Why it is the Ultimate Sports Car