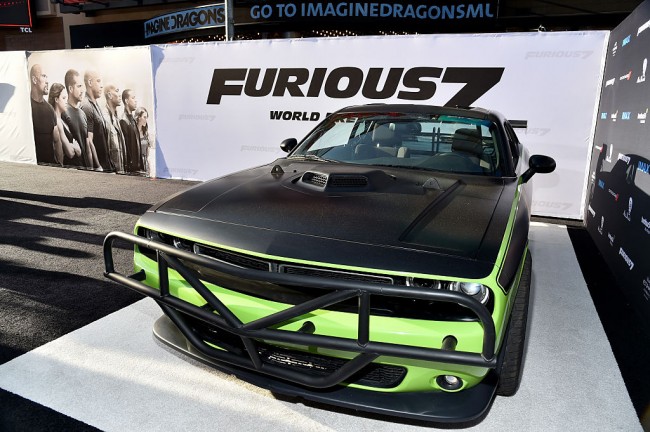 The legendary and classic American muscle car models have been the star of many Hollywood films. In fact, movies have made a mark in history thanks to the presence of these loud-rumbling vehicles, which made action scenes more intense and enabled actors to easily look like a natural drag racer in "Fast and Furious." Let's rank the best of the best automobiles that gave pride to the classic American trademark.

Starring Mel Gibson, the 1973 Ford Falcon XB GT was featured as the character's only chance at survival during a post-apocalyptic desert as his weapon and vehicle to fight off villains in the 1981 "Mad Max: The Road Warrior" movie. Here, the Ford Falcon showed that it's a durable piece of art as it constantly received battering but survived anyway.

This model was featured in the 1977 movie entitled "Smokey and the Bandit." Actor Burt Reynolds paraded with the vehicle and did amazing stunts with the muscle car. As a leader of Trans Am, the vehicle served as an emissary for the trucks that need to make way through state lines carrying beers with them. The comedic movie showed that without the car, the lead character would not have made himself more appealable unless the roar of the engine was heard all throughout the film. In fact, the vehicle added attitude to Reynolds making, yet again, an impact on how classic muscle cars can entice the audience.

A classic model, the lead character Dominic Torreto, played by Vin Diesel in the movie "Fast Five" showcased the rumbling beast a whopping makeover. Staying true to his roots, Dom showed that no muscle car stays behind races no matter what competition it faces on the streets. That scene when Diesel rode the classic on a moving train proved that the model is as strong and masculine as it has ever been - a true classic.

For car enthusiasts, the 'Stang is no stranger when talking about American muscle. In the movie "Bullitt," the iconic dark green 1968 Ford Mustang GT appeared in intense car chases against the 1968 Dodge Charger R/T into the streets of San Francisco. In fact, the car could easily be deemed the flavor of the film as the story would not have been interesting had it not McQueen rode the American muscle in pursuit of suspects. Not that it's a surprise but Steve McQueen's ride never faltered and won every race in the movie. Salute!

Again with the 'Stang, Angelina Jolie looked more than appealing when she rode alongside that custom 1967 Mustang Fastback Eleanor in the movie "Gone in 60 Seconds." Driven by Nicholas Cage as his flagship car in the action-packed car movie, the 'Stang, once again, proved itself to be one of the most powerful muscle cars in the industry, reported Cheat Sheet.

If you think the 'Stangs have ended with the two movies, then again... You weren't paying attention. In "Death Proof," the 1972 Ford Mustang Mach or Mustang Grande was the was featured as Uma Thurman's all-powerful vehicle that matched the actress's tracksuit.

The strongest model in the muscle car industry to date, the 1970 Dodge Challenger R/T 400 was featured in the movie "Vanishing Point." In the movie, the main character was to deliver the Dodge Challenger Magnum vehicle to San Francisco for a short period of time. The horsepower of the American muscle car was magnified in this movie which proved that it was way better than the Chrysler vehicles driving alongside it.

In the movie "Faster," the 1971 Chevrolet Chevelle added more power, strength, and strong charisma to Dwayne "The Rock" Johnson as he went on a killing spree for those who tried to kill him. The vehicle showed enormous power when it was no match for Oliver Jackson Cohen's spy character who couldn't seem to outrun the beast, reported GT Spirit.

Without further ado... presenting the most iconic vehicle in the "Transformers" franchise: the Chevrolet Camaro. The vehicle has made itself the star of all seasons when the franchise constantly featured the model in many versions. Being the car ridden by Shia LeBeouf, the American muscle roared in epic car chases that made its mark on film history as one of the most featured vehicles of all time.

The top spot of all should be no contest - the ever strong, intimidating, race-winning, and a-true-to-its-roots-American muscle car, the 1970 Dodge Charger R/T was ridden by no other than Vin Diesel in the epic car race franchise "Fast and Furious." Known to be probably the most influential epic, and most famous Hollywood films that featured cars, this roaring baby knocked every car off the streets as it sweeps every Asian car off the championship races. The vehicle truly matched the masculinity of Dominic Torreto - a true American who valued family, tradition and strength... much like what all muscle cars stand for.

Best Car Deals to Look Out for this October 2019