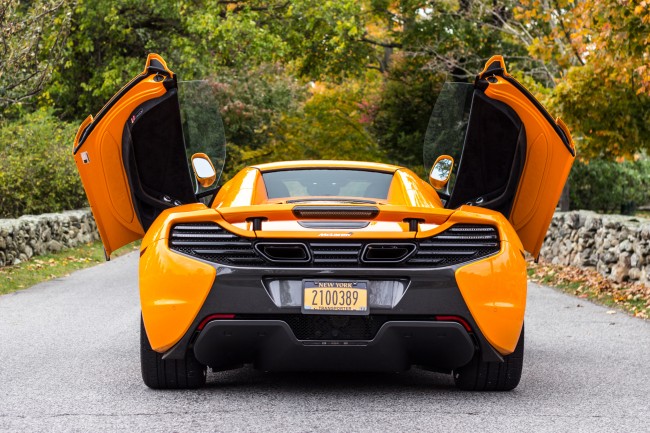 The 2015 McLaren 650S is an astounding example of automotive art and performance. The supercar from Woking, England, boasts a turbocharged 3.8-liter V-8, seating for two, and a top speed of 207 mph. But its performance figures tell only half the story: Under the beautifully crafted skin, there are so many more stories to be told.

Lucky for you, we did the hard work. We recently had the chance to get behind the wheel of the 650S for one glorious hour, and came away with some of the secrets that distinguish this British powerhouse from the rest. For just under $300,000, you can procure your own, but if you don't have the cash, admiring is a no-cost option.

Browse the images above to glean from what we learned in just one hour examining, driving, and exploring with the McLaren 650S.

An astonishing entrance in the 2015 McLaren 650S

With its scissor-style doors up and open, the McLaren 650S makes a big statement each time you emerge from it. 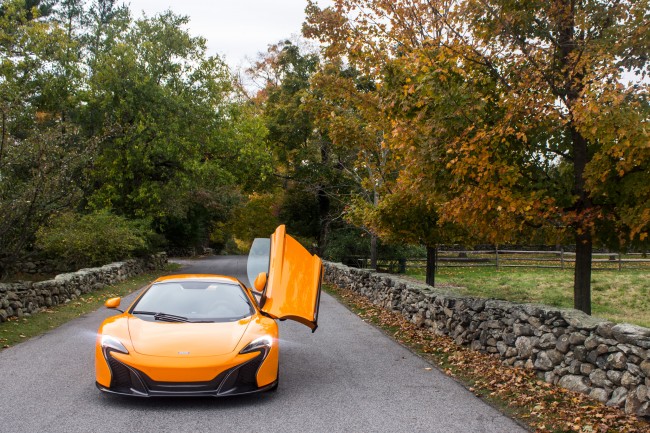 Its name has to do with Pferdestärke, not hp. 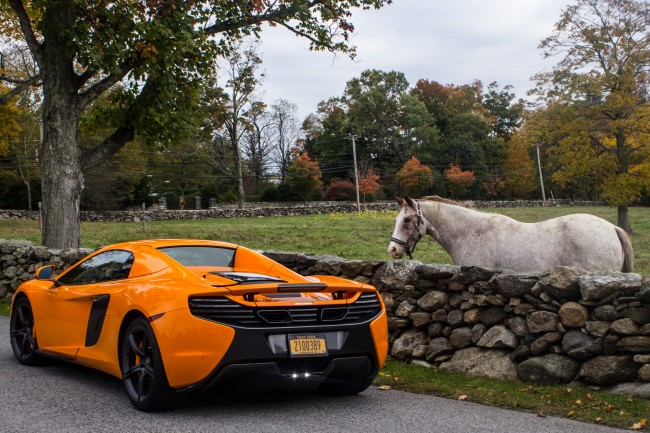 McLaren will happily offer 650S coupes and spiders from the factory in one of over 15 colors. Don't see one that you like? McLaren Special Operations (MSO) has you covered with bespoke options. 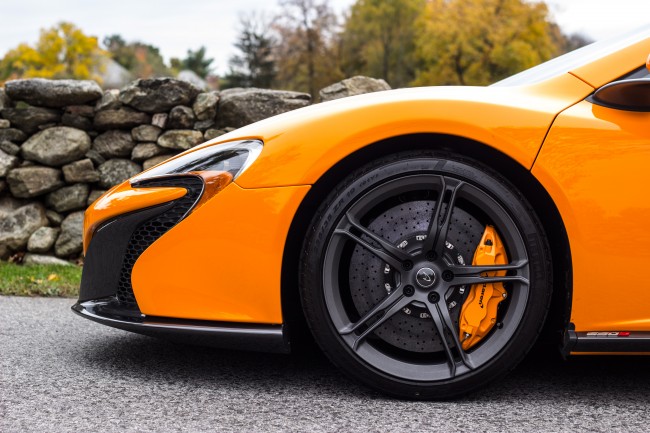 Besides offering numerous factory colors and options for customization, there are six color choices for the 650S' brake calipers. Admire them standing still or lay on the brakes and stand in awe of their power. 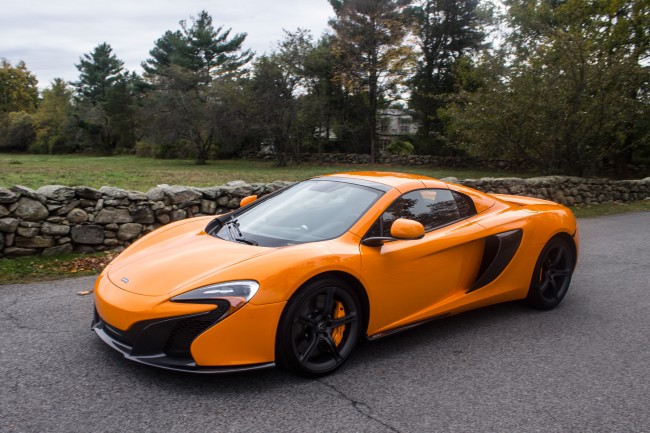 Built for the track, at home anywhere.

Global communications director Wayne Bruce noted that many 650S owners use their vehicles on the track, and most of them find the supercar drivable enough for the daily commute, as well. 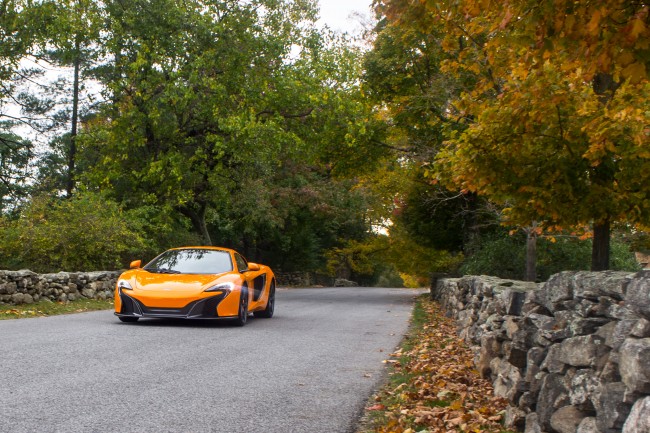 The 650S replaces the short-lived 12C, which was the vehicle that re-introduced McLaren as a builder of road cars. When its engineers aren't focused on road cars, McLaren employs a racing team. 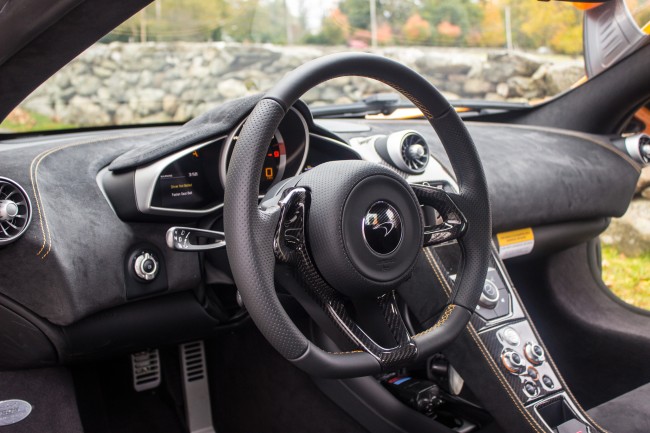 The interior of the McLaren 650S is almost entirely the same as the layout from the 12C that it replaced. We love the slim center console and perfectly sized steering wheel spokes. 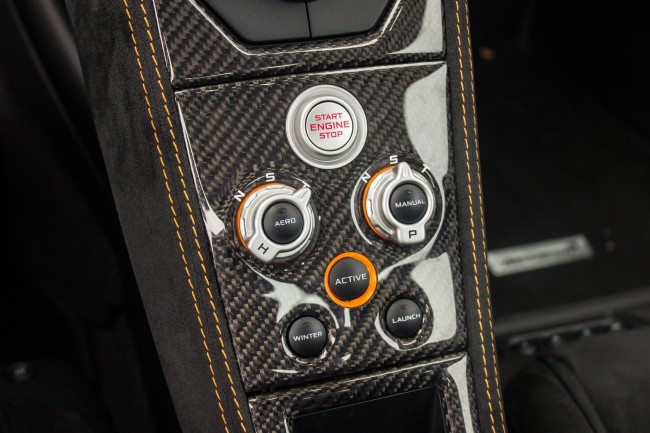 Did we mention that the 650S makes heavy use of lightweight carbon fiber? Even the major controls and dials are surrounded in the stuff. 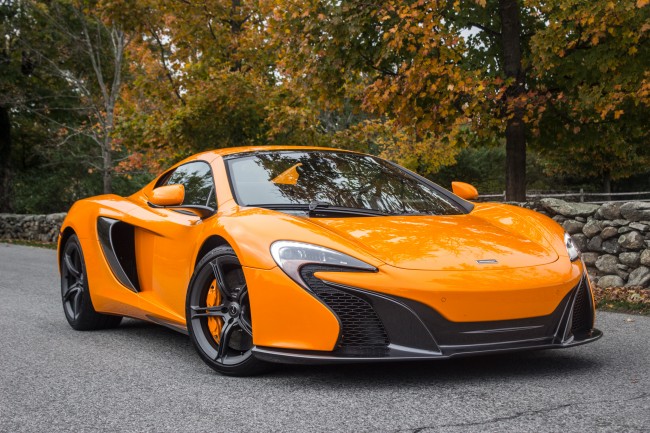 It's worthy of a spot on bedroom walls across the globe.

In turning the 12C into the 650S, McLaren borrowed some styling cues from the more aggressive P1 and applied them to the 12C's homely front and rear fascias. The result is sculpture to be admired. 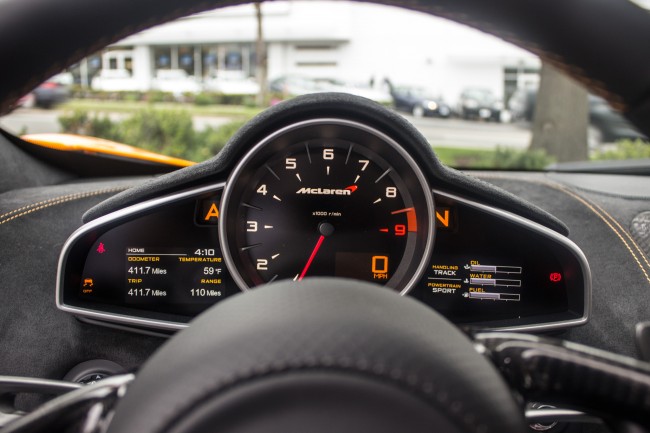 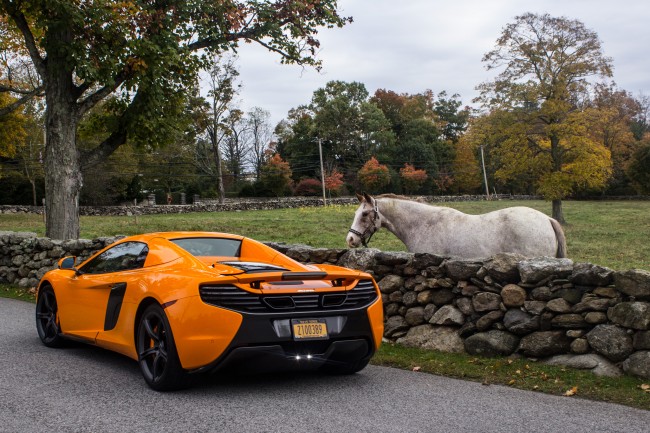 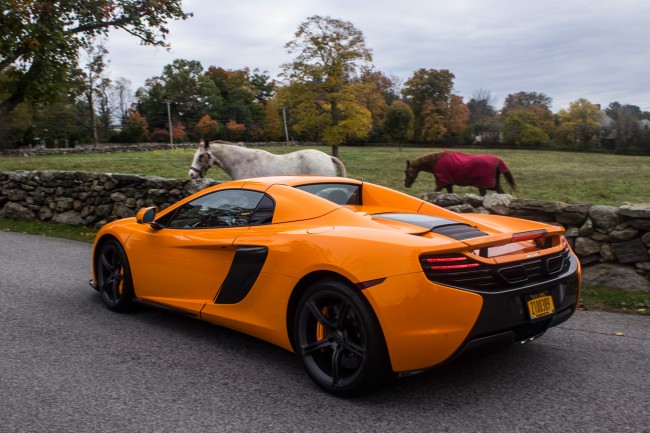 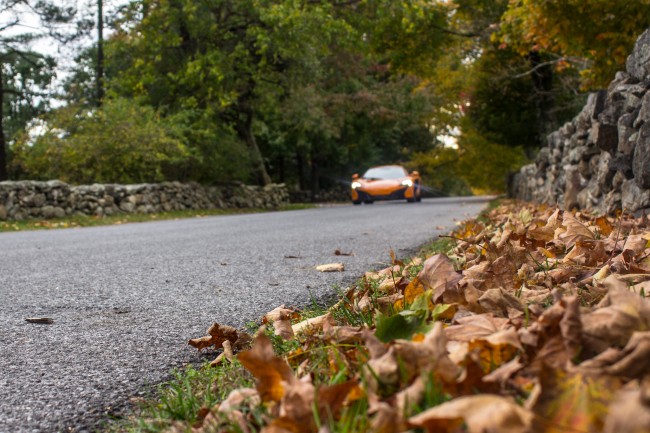 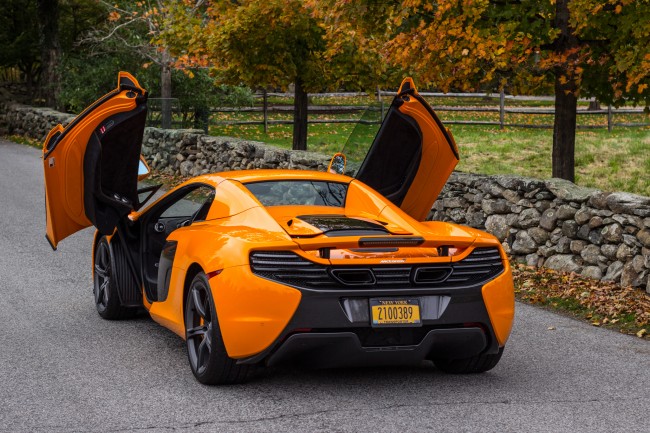 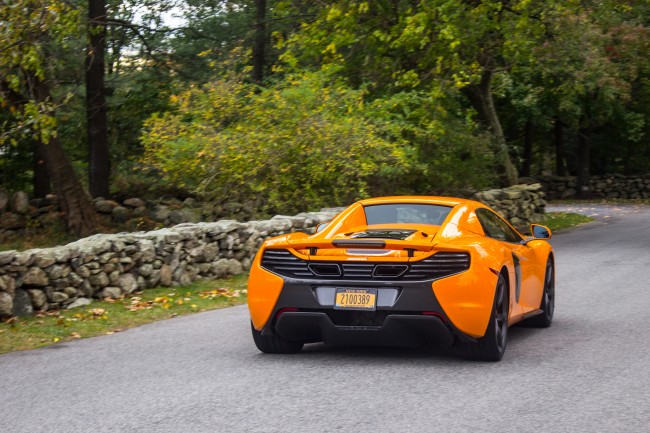 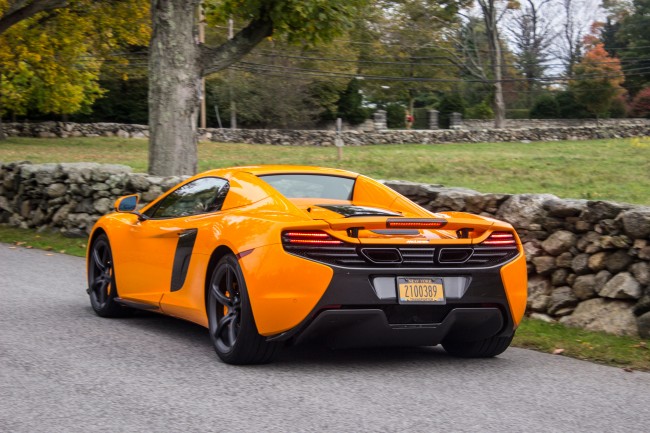 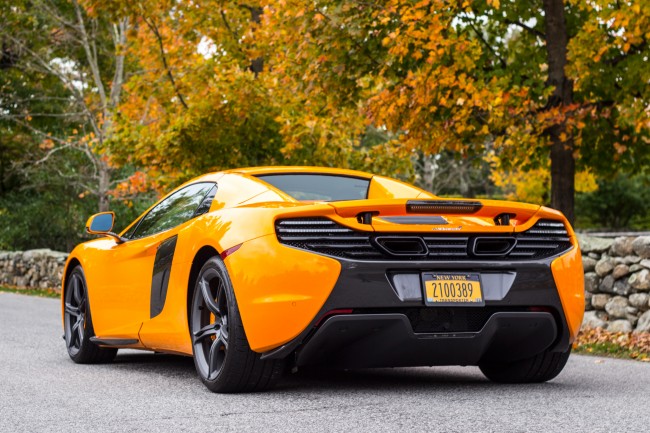 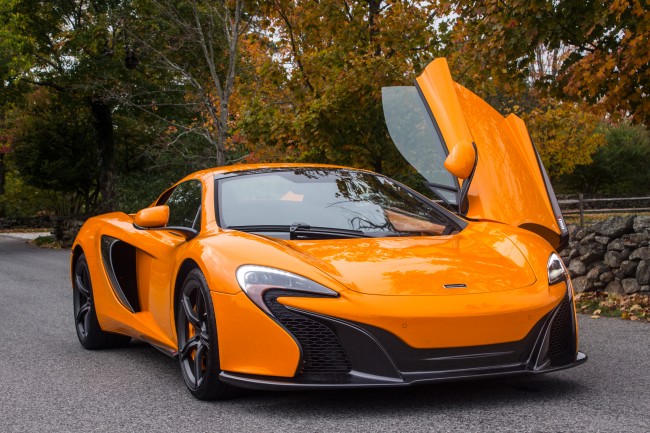 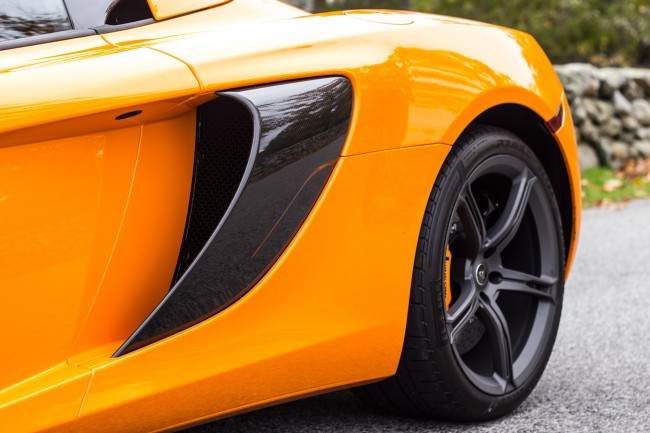 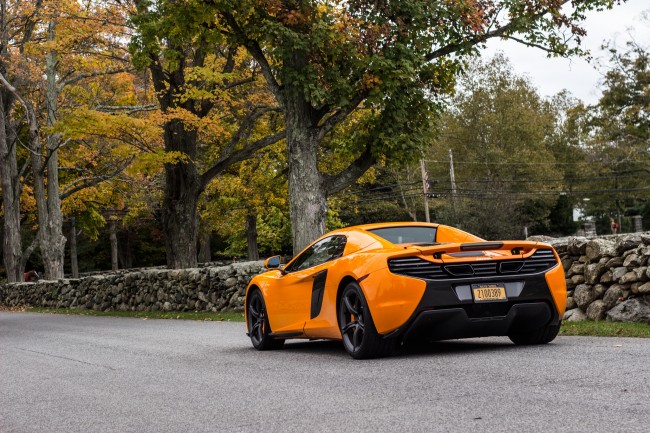