A Healthy Outlook for Cars for Cash Programs 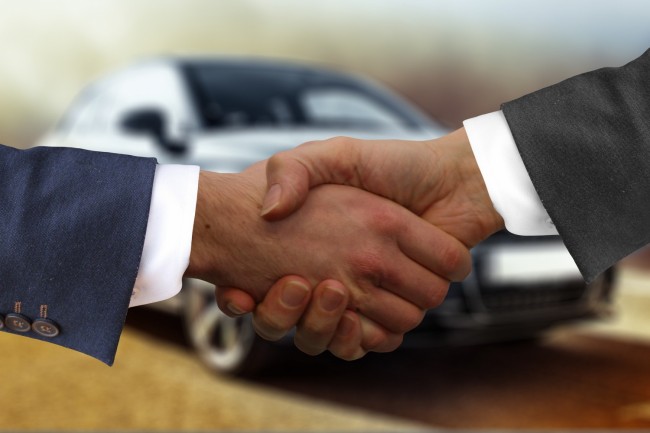 (Photo : A Healthy Outlook for Cars for Cash Programs)

Predicting the future is like forecasting the weather. You think you know what's going to happen-then it doesn't. A year ago, the idea of a global pandemic completely altering life as we knew it, was stuff of science fiction. Add to that global economic instability and the traditional challenges of an election year, and the future of certain consumer-based industries, including the used automotive industry, becomes the great unknown.

As Zoriy Birenboyn, CEO of eAutoLease.com explains, the pandemic impacted the entire auto industry because the prices of used cars have skyrocketed.

"It has put an urgency on people selling their cars or keeping their cars off lease because the residual value is that much lower than the going sale rate price," Birenboyn says.

That's great news for today's "cars for cash" programs. As Birenboyn explains, the nuances of today's cash for cars programs is all about the ease and comfort for the consumer, as everyone is looking for a "headache-free" process to avoid the stress the often comes with selling a used car.

"Everyone wants a smooth transaction and don't want to worry about the nitty gritty," Birenboyn says. That's what cars for cash programs are all about.

The "cars for cash" ideology has a long-standing history. Back in 2009, after the Great Recession took hold of the U.S. economy, the U.S. government established a "Cash for Clunkers" program that ran from July to August 2009. The goal was a simple one: to stimulate new car sales and kickstart the economy. Consumers could trade in old (albeit still running) vehicles for newer ones (as long as they met certain fuel-economy criteria) and receive up to a voucher for up to $4,500 for their trade-in. Not only was the intention of the Cash for Clunkers program to jumpstart the economy, but it was also intended to remove old, less fuel-efficient vehicles from the roads.

According to Todd Bialaszewski, owner of Junk Car Medics cash for cars service, the cars for cash industry really just got started over the last decade or so. Bialaszewski formerly ran an SEO agency but became interested in this segment of the automotive industry because he saw the online demand that was there by working with several local auto salvage yards.

"But I always got kick back from them about building and marketing a website," Bialaszewski says. "So I took the matters into my hands and built Junk Car Medics."

He began generating the live leads and then building Junk Car Medics' network. What could basically be described as "reverse marketing" this Bialaszewski has found this strategy works for everyone-auto salvage yards included-as they can be "hands off" and bring in a lot more vehicles through Junk Car Medics' service.

Today, Junk Car Medics provides sellers a streamlined process to get the best price to "junk" a car for cash through a network of various auto auctions, auto salvage yards, car buyers, and towing services. With Junk Car Medics' help customers don't need to waste time shopping around. Rather they can simply enter their vehicle's information and they'll receive the best price that's returned from the company's large network-which usually consists of about three to five buyers in a local area.

"That's the true driver in this industry," Bialaszewski says. "We got kick back from auto salvage yards when we wanted to build them a website so we pivoted into the direction of Junk Car Medics. Since then many competitors have followed, which we welcome. It's fun and makes me keep my SEO skills at a peak."

So how has the "cars for cash" programs responded to the recent pandemic? As Bialaszewski explains, the industry has thrived in the pandemic because people are holding onto their cars longer.

"That makes the used car parts more valuable. So we can offer more now because our buyers can do more with the vehicles," he says. "Prior to the pandemic the automotive recycling industry was going strong. But when the news of the pandemic started breaking in early 2020, the Junk Car Medics team saw a 35% dip, which continued for a couple months.

"Individuals who didn't have to 'junk' their cars simple chose not to do it at that time. If they could let it sit in their driveway or extend their vehicle's use with a few small repairs they were doing so," Bialaszewski says.

Economic recession aside, there's no real nuances to making "cars for cash" programs successful. As Bialaszewski points out, the industry is mostly online-based so just staying on top of Google and generating leads can result in a solid outcome for consumers and companies alike.

"If you can find other ways to do that then that's just icing on the cake," Bialaszewski says. "A lot of the services work with similar or the same buyers. It mostly comes down to being found and then being remembered."

So how does the future of "cars for cash" programs look? Birenboyn says the auto industry is so unpredictable right now, as we are heading toward an electronic future. "It's going to be fun as the new administration is trying to get rid of the gas engine and switch over to electronic engines," Birenboyn says. "We shall see how this will affect the future car market."

That said, in the area of the used car market Bialaszewski says the future looks bright. Here's why: People are holding onto cars longer or buying used cars versus new. What's more, used car prices are higher than ever. In fact, according to Cox Automotive analysis of vAuto Available Inventory data, used-vehicle prices did not follow suit and instead set new record highs for the start of June 2021.

According to the Cox Automotive report, Charlie Chesbrough, Cox Automotive senior economist says, "The days of supply for used vehicles is not worsening but remains in an extremely tight supply situation. As a result, prices are rising rapidly. Higher prices likely are slowing the sales pace, which is allowing existing inventory to last longer. With the new-vehicle market still inventory-constrained and consumer interest in all vehicles elevated, high prices and short supply for the used market is likely to linger throughout the summer."

That all makes the parts in your car worth more. "Our industry's got a nice little niche in the car sales market and it works well," Bialaszewski says. "Cars.com, Carvana, and similar services that buy used cars can't compete because they don't have the infrastructure to buy cars that are ready to be torn apart."