Why You Should Buy An Electric Car Today 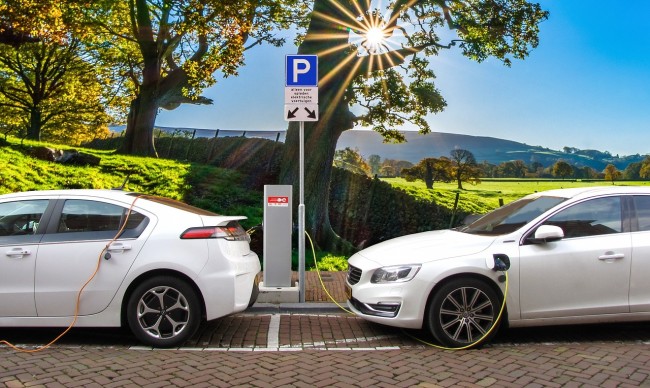 Whether you've passed a shiny new Tesla on the way home from work or you've seen them talked about in the news, almost everyone has heard of electric vehicles and their supposed benefits. Yet, despite all this media coverage and conversation, very few people actually own a purely electric vehicle.

Hybrids are much more common, and gas-fueled cars are still by far the most prevalent kind of automobile in most parts of the world. Many people associate electric vehicles with expensive luxury or even think they're just a fad. And electric cars have many disadvantages, too. For instance, they don't have as much travel distance as conventional vehicles before needing to fill up, they're generally more expensive to purchase and electric charging stations are far less common than gas pumps, other than in very urbanized areas like big cities.

They're Cheaper To Run (and Maintain)

If you've driven a conventional gas-fueled car lately, you're familiar with the fact that the price of gas tends to fluctuate, sometimes pretty severely. Gas prices are dependent on a wide variety of factors, including oil prices, availability, and shipping. Gas is a physical commodity made with raw materials that need to be processed and moved around, so the price of gas will change depending on how easy it is to acquire the resource and how high demand for gas is compared to supply.

On top of that, gas is made with oil, which itself is the subject of intense political interest due to its military uses. That means that gas prices might increase due to political shenanigans overseas, or because demand outstrips supply due to a crisis like the COVID-19 pandemic.

Electric cars, on the other hand, use electricity, which is usually more stable in price and produced freely by power plants and generators around the country. The price of electricity also decreases in price depending on when you use it, too. Most power providers will have lower rates at night and other off-prime times, so you can enjoy discounted energy prices if you charge your car overnight.

They're More Reliable Over Time

Compared to a conventional vehicle, which can have over 2,000 moving parts, electric vehicles only have an average of around 20. As any mechanical engineer will tell you, fewer moving parts means less chance that individual components will break, extending the overall lifetime of the vehicle. Electric motors are also more durable in design and don't require coolant flushes, mufflers, or exhaust systems to maintain.

They're Better For the Environment

Of course, the most commonly touted selling point of electric vehicles is their environmental benefit. Electric cars aren't actually as good for the environment as you might think, though. In fact, the lithium-ion batteries used in electric vehicles are difficult and expensive to produce, in terms of both cost and energy and require materials only found in certain parts of the world, increasing the overall carbon footprint of construction.

Nonetheless, even if electric vehicles aren't produced very greenly, the absence of fossil fuels in running electric vehicles definitely cuts down on your emissions when using the car. So long as you use an electric vehicle for longer than a few years, the car will eventually repay its own carbon debt and offer a reduced carbon footprint compared to its gas-fueled counterparts. Many governments also offer a tax credit for the purchase of an electric vehicle due to the environmental benefits, further offsetting the expensive price tag upfront.

They Feel Nicer To Drive

This one is definitely a bit subjective. If you enjoy the sound of a rumbling engine, you won't get that from an electric car. However, if you prefer a quiet vehicle that feels extremely responsive with very high torque, an electric car may be for you. Electric engines run with much less noise than a conventional engine, and are usually able to accelerate quicker with better control.

They're the Vehicle of the Future

There's no doubt that electric cars aren't just a fad. Around the world, governments are passing legislation to phase out the use of conventional gas-powered vehicles in a much-needed effort to reduce greenhouse gas emissions to stop manmade climate change.

The future-oriented nature of electric cars isn't just in its fuel source, though; electric vehicles tend to be much more digitally integrated than conventional vehicles, thanks to integration to your smartphone, a digital touchscreen control panel in place of the regular console found in regular vehicles, and even smart-driving capabilities. Charging stations for electric cars are becoming more common than ever, with charging solutions like a Tesla CHAdeMO adapter making charging away from home easier than ever.

While electric cars are still a maturing technology, there's no doubt that they have distinct advantages over their gas-powered counterparts, as well as offering a chance to be a bit more socially responsible by reducing your own carbon footprint. Electric vehicles are becoming more and more affordable every year, and offer innovations that aren't typically found in other types of vehicles. By purchasing an electric vehicle now, you can stay ahead of the times and enjoy the benefits of an EV before everyone else.