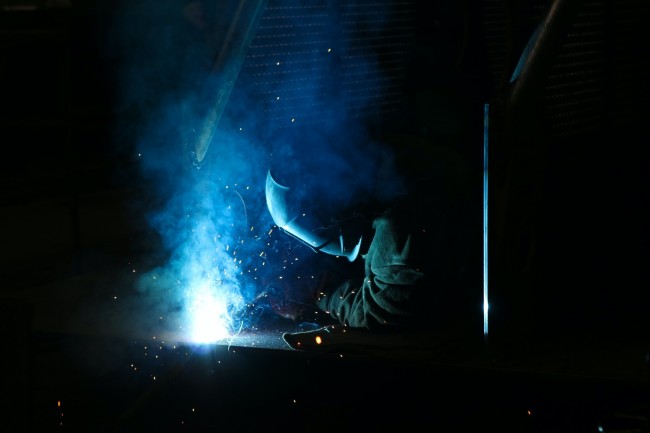 If you are the do it yourself type of person, you are probably asking, which plasma-cutter is the best value for money? Well, there are a couple of models on the market, and it is essential you get your hands on the best one!

Basically, plasma cutting is the art of cutting through electrically conductive objects. This is possible by using a hot plasma which is accelerated in order to cut through stainless steel, plain steel, brass, aluminum, and copper, among other substances. A plasma cutter is a staple in automotive repairs, fabrication shops, industrial constructive, salvage, restoration, and scrapping operations. It is a popular tool owing to its precision and low cost which makes it a favorite on both a large and small scale.

Usually, the entire process usually involves superheating the ionized gas that is, plasma, thereby converting it into an electrical fluid. But, to complete the electrical circuit, the grounding clamp, which is part of the device, has the plasma fluid blown on it. In fact, the compressed gas that comprises oxygen is blown at a very high speed through a focused nozzle onto the workpiece. This gas is ionized and it then creates an electrically conductive channel of plasma that travels at high pressure and at very high temperatures. Usually, this is at enough temperatures to deliver heat that melts through the entire piece. This is the process that ensures the plasma is able to cut through the hard metal surfaces with a high degree of accuracy.

When selecting a proper device for this type of heavy-duty, it is important to note that different models deliver different results. There are some which differ, just in the torch models. This is to say that the torches incorporate different heat levels. Some have torches that might burn or swirl in a different manner or the plasma ray might cut into the metal at a different angle altogether. Even though the cutting technique is largely the same, some torches might incorporate a variety of different gases. No gas used in these procedures is the same, and each might cost you differently.

There are those models that might use a combination of different gases in the welding process. Others might have the 'protective; gases that focus more on safety while delivering a low beam of energy. The low beam type of gases usually generates a higher energy density which means very little heat is emitted per second. It will cost more for this type of model than it will if you utilized one that has a mixture of gases with a higher heat intensity. So what do you need to know about plasma-cutters and different gas types? Well. we analyze a few below.

Every model has a heating mechanism that is focused on ignition and power flow. Usually, after you ignite the ionized gas, the heating begins the cutting stage and there are a couple of gases involved in this stage. Power flows where the gas ignites, flows, and the flames are thrust at a high pressure to facilitate the cutting. When this flame is orange or dark yellow without a lot of smoke, the intensity is weak and you need more hours to get the job done. Basically, this is the plasma-cutter fuel and it easily flickers under the wind.

When the torch emits the gas, the cutting is not as accurate, and this is often utilized by artisans who want to break down a larger volume into a much smaller one. Thereafter, they can utilize more accurate methods or plasma-cutters to literally size down the material into more detailed dimensions. In fact, due to the wrap effect on the flame, the cutting is way less accurate and there is consistent bending, imperfections, and deformities in the metals because of the swirling fuel. What this fuel does is that the metalwork plate gets insulated from the direct heat. Actually, the flame arches which might create some form of cooling that protects the materials from flaking. It makes this method ideal for underwater cutting as the arching of the flame prevents water from making its way into the nozzle. Most underwater rescues especially sunken vehicles, ships, planes, submarines, and other machinery will generally employ this as a technique.

Ideally, there are a couple of options when it comes to plasma-cutters and it all comes down to the specifications of your operation. If you want to delve into a project that is underwater, then the swirl fuel is recommended. If you are into a more commercial usage, then it is important to make an accurate assessment and figure which model is ideal.