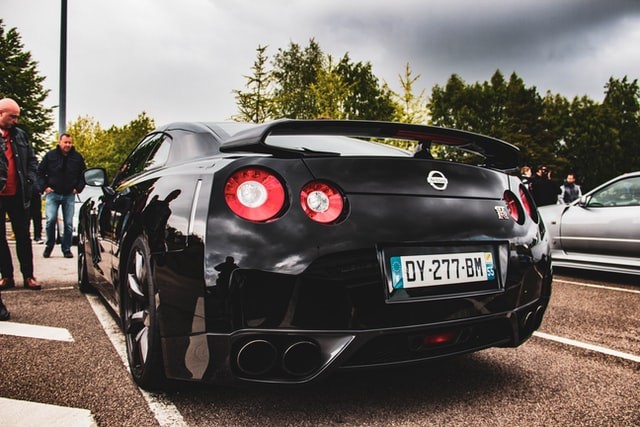 Don Forman is a living example of an entrepreneur who has turned his business fortunes into a foundation of happiness for people in need. As the true believer in the power of giving, the founder and owner of Don Forman Nissan has made a significant difference in the lives of others. He has not just focused on making an impact in the automotive industry, but he understands that when you are blessed to make it in life it is good to reciprocate the same to the less fortunate in the society. In his own mind, Don Forman knows that by giving back to the people who've made you hit the hallmark in the business sector, you are not trying to show off. Instead, it is an act to show you care for others.

Despite a significant dip in car sales in Las Vegas in recent years, Don Forman's popularity has continued to surge with time. Industry analysts say high-interest rates on loans are to blame for the drastic decrease in automotive sales. While a majority of car dealerships are waiting and hoping that the credit environment will be favorable, Don Forman among a few others is registering a steady rise in their sales volume, thanks to their strategic approach to treating communities with dignity and respect.

What Distinguishes Don Forman Nissan from the Rest of Car Dealerships

It is undoubted that every car dealership is out to make profits. After all, this is the core business of every entrepreneur. While this fact remains undisputed, it doesn't mean you need to shun serving the community at the behest of your profit-motives. He strongly believes that it is possible to combine entrepreneurship and philanthropy all in one pot without ruining the very objective for which the business was formed. For this reason, Don Forman Las Vegas continues to engage in projects aimed at uplifting the lives and livelihoods of the community. One classic example of this gesture of giving is when he chose to transport blood donors to blood donation centers to help save lives.

When Las Vegas woke up to the deadly shootings a few years ago, Don Forma Nissan and his committed team evacuated affected families by giving them rides. Every staff at the dealership abandoned their chores to offer help to the affected families. In this case, the company did not mind letting the profits go for the sake of the victims of the tragedy. But that was not all he did---he has sustained his efforts to help needy students looking to actualize their dreams and improve their lives. Through his actions of philanthropy, Don Forman boasts of helping to restore the lost hopes of many. His unmatched determination and industry have served as the key drivers for his success in both business and community support. By holding someone's hand, Don Forman believes that anyone can be of help to another. Perhaps this is why Don Forman United Nissan holds that charity is as good as the passion for entrepreneurship.

Despite the sustained criticism from his adversaries and competitors, Don Forman believes that charity is the surest path to material prosperity. As evidently demonstrated, his business and charity model has not only chimed the community but also helped to scale his business to even greater heights. By buying a Nissan product from Don Forma Las Vegas, you are simply contributing to the just course of holding a hand of a needy and walking them down the road of hope. Be counted among those who will be on the right side of history by partnering with Don Forman automotive to cause a life of a desperate soul to change for the good of humanity. You can reach out to the dealership via the contact telephone and social media platforms, including Linkedin.