Driving in Los Angeles: The Ultimate Guide to Navigating Through the City of Angels 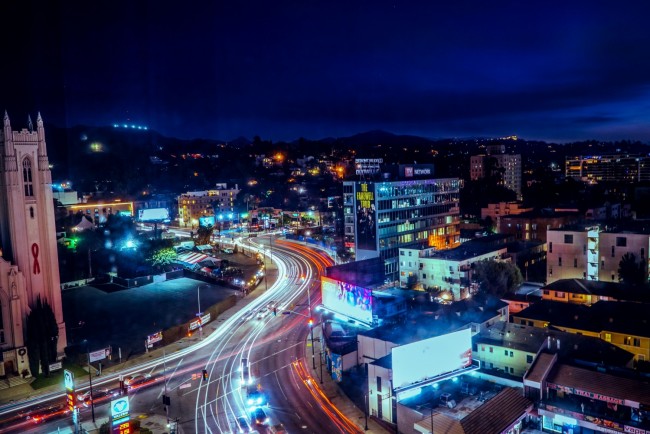 Whether you are planning on moving to Los Angeles, or just visiting for a couple of days, if you want to drive around the city, there are some things you should know. L.A. is a petty big city, so you could end up driving for an entire 50 miles and still not leave its premises.

Precisely because of its size, navigating without guidance is almost impossible, especially if you want to avoid its infamous traffic. But even if you use an app to get around town, there are still some pretty unique traffic rules that even those used to driving around other big cities in the U.S. may be unfamiliar with. This is why, to help you out, we have put together this comprehensive guide on driving around Los Angeles efficiently and without breaking any rule.

So, without further ado...

Learn the specific rules of the road

I mentioned the fact that Los Angeles has some distinctive rules you need to keep in mind. Some of them may sound familiar, but others will surprise you just as much as they surprised us:

●        High Occupancy Vehicle (HOV) lanes: On many of the freeways in Los Angeles, you will see that one or more lanes at the far left are marked as HOV lanes or carpool lanes. They are simple to recognize, as you will notice a diamond shape painted on the pavement. Most of these lanes have limited access, meaning you can only enter or exit them when you notice a break in the double yellow line. The majority of these carpool lanes require a minimum of two people in the car, but you will also find some that requite three. These numbers will be marked at the lane entrance.

●        Cell phones: All over California, it is prohibited to talk on the cell phone without using a hands-free device. If a cop sees you holding a phone to your ear, you will definitely get a ticket, so be careful.

●        Smoking: If you have a minor in the car, California law prohibits smoking inside the car.

●        Littering: If you throw litter out of the car, especially cigarette buds, you will almost certainly get a $1,000 fine.

●        Alcohol: In popular entertainment areas, you will almost definitely find sobriety checkpoints, as DUI is taken very seriously here. The legal BAC limit is 0.08%, but if it's proven you are impaired, they can charge you for much less. Also, having an open alcohol bottle in the car is prohibited and can get you a fine. Any open bottle of alcohol needs to be transported inside the trunk.

Get accustomed to the road etiquette

Besides traffic rules, divers in L.A. also respect some etiquette rules. This is how they stay safe and ensure they don't disturb other people. If you want to blend in and maximize road safety, you should also keep them in mind:

●        Never drive on the exit lane: the lane on the far right of the freeway is usually considered a slow lane, but if you end up on a multilane expressway, that lane is also the exit line. This line helps people that need to get on and off the expressway in a short distance. If you are driving long distance, try to keep that lane free, to allow better traffic flow.

●        Don't change lanes too quickly: some L.A. freeways have up to six lanes, so it will be pretty difficult to exit the freeway fast. Give yourself time to switch lanes without disturbing other drivers by cutting them off. This will not only bother others but can be extremely dangerous as well.

●        Do not honk: L.A. people don't honk, unless there is an imminent danger ahead. But honking just because you are stuck in traffic is frowned upon and will just make you stand out, and not in a good way.

Parking in Los Angeles can be a challenge sometimes, especially if the place you are going to does not have a private parking area. You can usually find garages and flat-rate parking lots, but L.A. suburbs also have a lot of free street parking spots. However, in highly-commercial areas, free parking spots are highly unusual.

The best thing to do, if you plan on staying in L.A. for a while, look online for monthly parking Los Angeles. This way, you secure your parking spot in an area that is close to you, and you can rest assured that you will always find a place to leave your car.

When parking on the street, watch out for curb colors. Red curb means no stopping, yellow and red curb means you can park for a short amount of time, whit curbs are for loading and unloading (5 minutes tops), while blue curbs are for disabled people.

Explore to find the best routes

Los Angeles is known for its massive traffic jams, so if you want to avoid spending all day in traffic, you need to start working on a strategy that gets you from point A to point B fast. For most of it, the city looks like a grid, with streets going east to west and north to south, so you have plenty of ways to get across.

If you want to go west or east, the easiest way is to take Santa Monica Boulevard, which usually does not get bottlenecked, and allows you to through Beverly Hills fast, before going north towards Hollywood. Sunset Boulevard is another good option, which will get you through Beverly Hills, West Hollywood, Hollywood and all the way downtown, but be careful, as it can get pretty crowded on weeknights. Whatever you do, try to stay away from Wilshire Boulevard, because traffic is extremely bad here. You could end up driving two miles an hour here.

If you want to travel between Beverly Hills and West Hollywood, or other southern destinations, La Cienega Boulevard is a good route to consider. It takes you along the 405 freeway, without actually having to take the freeway. Or, if you want to get from Long Beach to Hollywood during rush hour, Crenshaw is a good option, especially at rush hour.