How to Drive in Washington After Drinking Alcohol 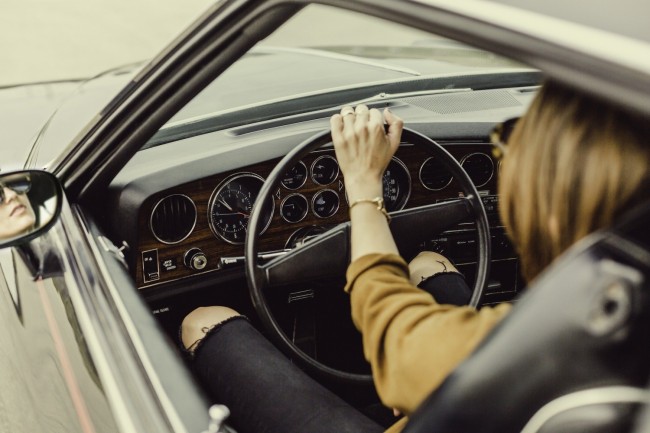 No amount of alcohol is negligible while driving. Even one cocktail or a bottle of beer can affect your ability to drive. With one or more drinks in the bloodstream, the driver may be arrested.

Not all drinks contain the same amount of alcohol. It depends on both the type and amount of liquor. The alcoholic contain in some drinks is indicated as degrees - a number that corresponds to double the alcohol content or percentage. Typical serving alcohol is 1 1/2 ounces of 80-proof liquor (one "shot") straight or mixed, 12 ounces of beer (a regular can, bottle, mug or glass), or 5 ounces (a glass) of wine. Special alcoholic drinks may contain more alcohol.

A very small amount of alcohol is eliminated through sweat, breath, and urine. The bulk of alcohol is absorbed by the body through burning in the liver. Oxidation occurs at a constant rate, and nothing cannot be done to slow down or speed up this process. It continues until all alcohol is burned; in other words, a person "sober up" only with time. In order to get rid of every portion of alcohol, the body takes about an hour.

There are some options to avoid the need for driving after drinking alcohol. For example, you can come to a party with friends, having previously agreed who will not drink alcohol this evening. The next time, the "duty driver" can be the other person. Also, you can use public transport, call a cab, or take a walk. Sometimes there is a need to get free drug addiction help.

The consequences of drinking alcohol can be disastrous. About 40% of all fatalities resulting from traffic accidents occur in crashes involving drunk drivers.

Stimulants, energy drinks, and diet pills can increase driver alertness for a short period. However, then, after some time, such remedies can cause nervousness, dizziness, loss of concentration, and impaired vision.

Before taking the drug, the driver should be familiar with instructions for use and warnings about possible subsequent side effects. If you are not sure about the safety of taking the drug before riding, you should consult your doctor or pharmacist.

Alcohol/drugs and the law

Driving under influence (DUI) refers to driving while alcohol or drug intoxication, or both. This includes both prohibited and approved drugs are prescription and over-the-counter drugs.

Accidents of vehicles involving drivers in a state of alcohol intoxication or drug intoxication every year cost every state thousands of dollars in connection with serious injuries, compensation for property damage, paid medical treatment, lost work time, and fatal outcomes. These costs do not include the emotional damage done to friends and families.

Driving under the influence of any drug or alcohol may lead to a seizure. Blood alcohol content (BAC) is the amount of alcohol in the blood, expressed in percent, and is usually determined by a breath analysis or blood test.

According to Washington state department of licensing, a driver may be arrested for driving under influence if BAC and tetrahydrocannabinol (tetrahydrocannabinol, THC) / marijuana levels below allowed levels, the driver controls the vehicle, but at the same time drank alcohol and / or other medications.

A driver may be arrested if the BAC level is at least 0.08, or if the level of THC / marijuana is at least 5.00 nanograms per milliliter blood.

Drivers under the age of 21 may be arrested if the BAC is not less than 0.02, or if the level of THC / marijuana is more than 0.00 nanograms per milliliter of blood.

If, during the arrest of a parent / legal representative/guardian for violation traffic rules related to drugs or alcohol and there is a child under 13 years old in the car, an arresting officer must immediately notify the service child protection. If a child is 16 years old or younger, the driver will be applied additional requirements to lock ignition.

A cyclist in a state of alcoholic, narcotic, or other toxic intoxication may be brought by a police officer. Police officers are not responsible for delivering cyclists. A police officer may seize a bicycle if he considers such action necessary for the safety of others, and there are no other acceptable options. Not under the influence of alcohol, as well as drugs or toxic substances, a cyclist can pick up a bike without paying a fine. After 30 days, an unclaimed bike can be sold either disposed of.

Implied Consent Law means that sitting in a car, the driver gives his consent in advance to the analysis of determining the alcohol or drug levels in the blood. If a police officer or traffic patrol asks to exhale for analysis at the BAC, the driver must do this. If the driver refuses to pass the test, he/she may lose their driving license for at least a year.

In addition, a police officer may obtain a blood sample from the driver for analysis on alcohol, marijuana, or other drugs.

In some cases, the detention itself involves the imposition of penalties for drunk driving, namely: