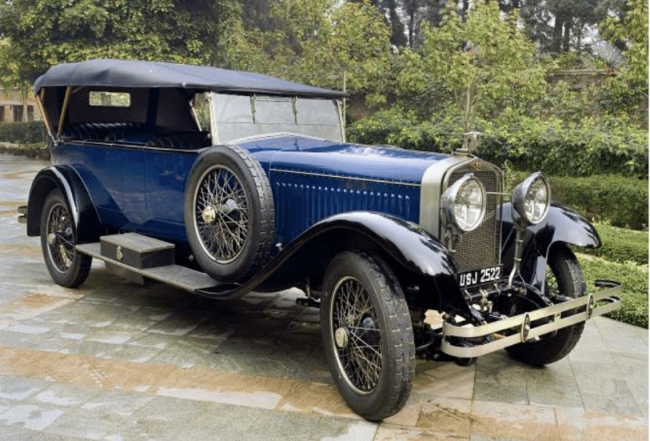 Sudhir Choudhrie is an international investor, businessman, and philanthropist who's among the wealthiest people in India. Choudhrie has turned much of his recent attention to a deep love for philanthropic work and endeavoring to explore some of the causes and interests about which he's most passionate. This has been particularly true since a frightening experience with heart failure that occurred in 1999 which required a heart transplant.

In fact, Choudhrie is officially one of the world's longest surviving recipients of a transplant in history, a fact that he refers to as his 'greatest achievement.' He then moved to London where he became a visionary for the C&C Alpha Group, an investment firm. With the new company he was able to invest in everything from aviation to healthcare. He also became a director of Deccan Aviation Ltd and Kingfisher Airlines, as well as a director of Ebookers, a travel website.  He is also one of the world's most prolific collectors of vintage cars, some of which we will explore in this article.

One constant across the Sudhir Choudhrie vintage car collection is the idea that they are appreciated, that they are an investment, that they are often rescued and restored and that the vehicles are sometimes also rolled out to be part of road rallies and parades. Choudhrie and his family appear to genuinely enjoy finding cars that have fallen on hard times. He saves them and then diligently returns them to their former glory.

With the range of models, Choudhrie really has an impressive collection. It's been called the finest private collection in India. Perhaps the most intriguing thing about the Sudhir Choudhrie vintage car collection is how it refuses to be pigeonholed. It is an ever-evolving collection of beautiful and vintage cars that anyone would be proud to call one's own.

The History of Automobiles in France

While many might not know it, France was actually one of the pioneering nations when it came to the rise of the automobile industry. Ever since the Frenchman Nicolas-Joseph Cugnot built the world's first self-propelled mechanical vehicle in 1789, the French have been instrumental in pioneering some of the most significant advancements in automobile manufacturing in history.

Today, the two major auto making companies in France- PSA Group and Renault Group- help France rank as the 11th largest automotive industry in the world and the 3rd largest in all of Europe, behind only Germany and Spain.

French-designed cars have received worldwide accolades on multiple occasions, including the coveted European Care of the Year and World Car of the Year awards. For many years, France also dominated the market in much of Africa before Japanese automakers began to make inroads thanks to their more economical prices and vehicles designed for moderate off-road work.

Some of the most iconic vintage French car manufacturers include Hispano-Suiza, Cottereau, and Darracq-all brands represented in Choudhrie's historic collection. Though many of these brands are no longer in operation, at their peak they produced some of the greatest, most stylish, and most powerful luxury automobiles in the world. The attention to detail and design are apparent in every curve and feature of these vehicles, making them a must-have addition in any serious collection.

Although his interests and businesses have expanded since his motor vehicle company was up and coming, he still has his own way of celebrating collectible cars from around the world. A big part of that collection pays homage to France. Choudhrie does this by taking vintage cars that might not be in the best shape and restoring them.

When it comes to luxury cars, France is a bit of an underdog, which makes these vehicles even more attractive to Choudhrie. France was a pioneering nation in the industry, creating a self-propelled vehicle back in 1789. While France does not get the attention that Germany gets in the automotive industry, the country is ranked 11th in the world among auto-making companies and third in Europe. Sudhir Choudhrie has made sure that some unique vintage French cars are properly represented in his collection. Some French brands represented include Hispano-Suiza, Cottereau and Darracq. The fact that these brands are not on today's roads and highways gives them an even more special place in the collection.

Some of the individual cars included are:

The Hispano-Suiza H6B is a French luxury car that was first introduced at the Paris Motor Show in 1919. The straight six engine was inspired by Marc Birkigt's aircraft engines. The cutting-edge technology also extended to the way the car's deceleration drove the brake servo to provide more power.  Both revolutionary in its features and beautiful in its design, this 1927 Hispano-Suiza H6B  is one of the most prized pieces in Choudhrie's collection of vintage vehicles. 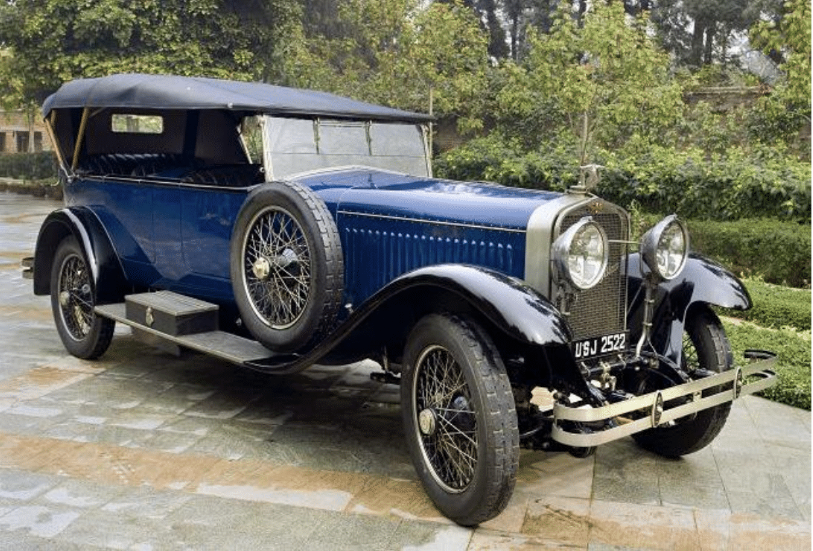 Among the oldest vehicles in Choudhrie's collection, and in fact among the oldest automobiles still in existence, the Cottereau 7hp Voiturine was manufactured by Lois and Henri Cottereau at their car manufacturing company in France. The Voiturine is one of the first cars imported to India. It features a single-cylinder water-cooled engine, chain drive and a three-speed gearbox. The original owner was the Maharajah of Patiala, before it ultimately made its way into the hands of collector Sudhir Choudhrie. 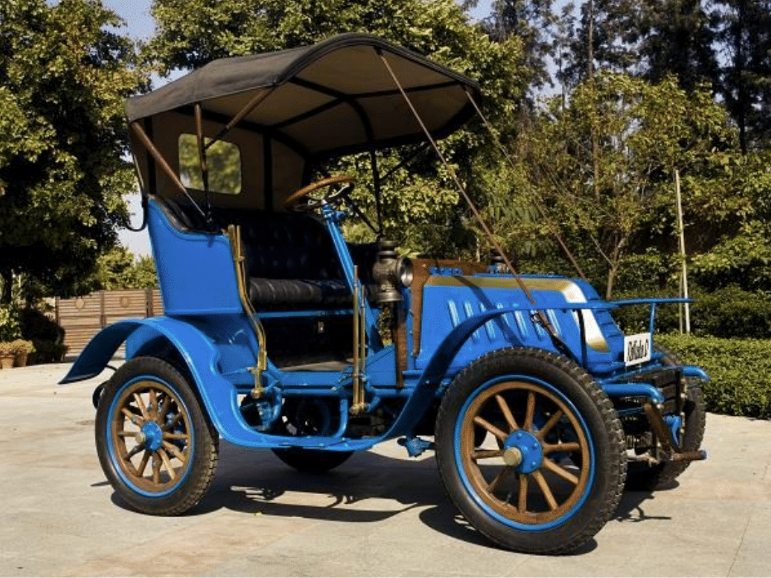 The Darracq 12hp was a popular car, with 14 cars rolling off the factory floor every day. It has a tourer ody, a 4-cylinder in an inline side-valve engine with a 4-speed gearbox. While it was technically a French company, Darracq branched out into the UK and Italy before it was finally bought out by Rootes Group.  Still, its French roots are exceedingly evident in every line and curve of the Darracq 12HP Type V. It's truly a beautiful vehicle and is certainly among Choudhrie's favorites from his collection. 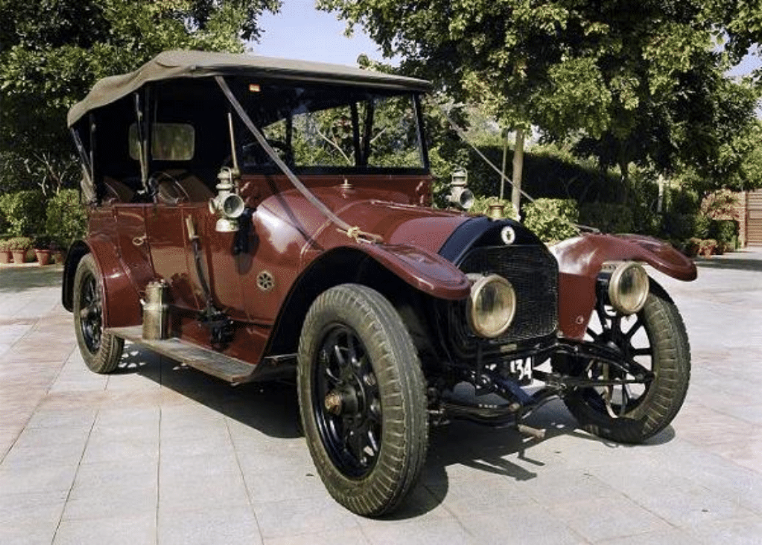 While much of Sudhir Choudhrie's time is split between his many business ventures and philanthropic efforts, he still manages to find time to manage and expand his vintage car collection, arguably the greatest in all of India. An avid restoration fan, Choudhrie has personally overseen the restoration of dozens of vehicles-including many still in his collection. With vehicles spanning the entire globe and over a century of automobile manufacturing history, a walk through Choudhrie's garage is like a walk-through time that's sure to be a rewarding and fascinating experience.