Automotive Metal Forming: How Are Cars Made 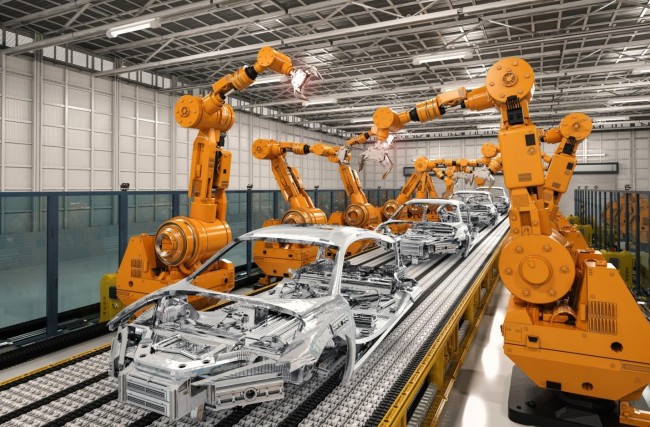 How are cars made today? If you ask car manufacturers from the past, present, and maybe the future, the answer is good, old-fashioned but ever-reliable steel.

Automotive metal forming is the core of vehicle manufacturing. In essence, it's forging steel to create automotive parts. The sleek curves of the Shelby GT500 and the L-finesse design philosophy of the Lexus are all made possible by metal forming.

Without the ability to mold metal into useful shapes, cars wouldn't exist today. With the still-growing demand for commercial vehicles, the market for metal forming will continue to rise. It's estimated to reach 269 billion dollars by 2025 from 221 billion in 2018.

Keep reading to learn more about the wonderful world of automotive metal forming.

We owe it to our ancestors who discovered that it's possible to hammer, bend, and cut metal into various shapes. The techniques are still mostly the same as the ones used by the blacksmiths of old. However, the traditional hammer and anvil have been replaced by metal forming machinery.

Here are some of the processes used to shape metal today.

How Are Cars Made Today? Advances in Metal Forming

If there's one thing that's responsible for the modernization of car manufacturing and metal forming, it's the computer. We use computers in every stage of building commercial vehicles. These include conceptualization, prototyping, and putting a new car into production.

Computers are especially important in modern automotive metal forming. They're responsible for guiding the operations of metal forming equipment. They increase the efficiency of the assembly line and make sure that everything runs like clockwork. They're the reason for the high quality and precision of automotive parts.

Also, many of the new technologies in metal forming were invented because of computer simulation. Simulation software predicts the behavior of metals during forming, joining, and assembly. You'll see the result of these new technologies in some of the lightweight sports cars today.

Far into the future, the question "how are cars made today" will still be asked. The answer could still very well be automotive metal forming. The precision, versatility, and affordability of this process will still make it relevant in the production of future cars.

For more interesting facts about the car industry, feel free to browse our site.