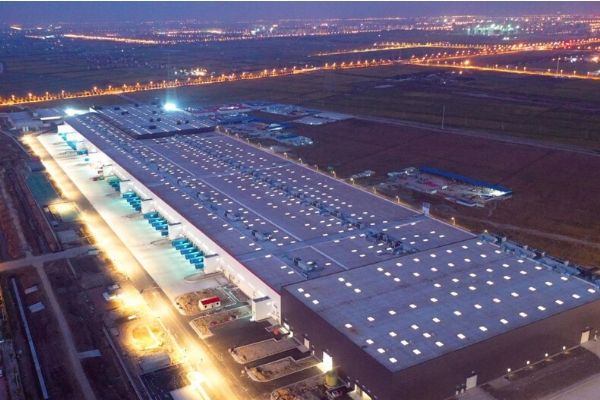 (Photo : dynaimage.cdn.cnn.com)
The Tesla Model 3 is now made in Shanghai, China to cope with the demand for the best selling EV.

If there is one electric car that is the most recognizable on the planet, chances are that it would be the Model 3. For all intents, this is the car that put the electric vehicle on the map and shuts down the nay-sayers. Ironically, it compares to the Ford Model T as the first production car made. Over time the same comparison is afforded the Model 3, which made everyone consider green cars. Despite all the resistance from Detroit giants, who kept electric cars from buyers for a long time, the giants are now bowing, and the Tesla 3 is leading the way from here on.

For buyers who want a piece of Elon Musk's baby, they have to wait, because for some, it takes longer. Despite having the Model 3s around for a while, fulfilling an order for the car is has been nothing short of gargantuan. Everyone knows that Tesla cars are sold online, and there is a long waiting list to get one. Order now and expect to have a wait, but there is good news that everyone will appreciate.

To catch up and get all the orders for the Model 3 for all buyers. Tesla went all the way to Shanghai in China, and establish the Gigafactory 3. So far, Tesla Model 3s are being made in this location, to assist in making more units as demand grows in leaps and bounds. Hopefully, the China run of the Tesla will have less quality control problems, as compared to what was experienced by owners of the US production model regarding premature paint chipping and ill-fitting car parts.

Production in the Shanghai factory began in October, as the trial run tests the capabilities of the new facility. Shortly after the start of production, the license was acquired for making the Model 3. Though waiting in the wings is sales-related approval of the China-made EV. As of writing, over 400 Model 3's are ready for shipping to customers.

Chinese authorities have approved the Model 3 as new energy vehicles that are in line with their drive stamp out combustion engines, and enforce zero-emission goals. This will drive the sales of the EV to reach more buyers as more are made. More EVs are sold in China, and this is the next market for electric vehicles to duke it out. With the Gigafactory 3 starting and already churning out Model 3's, this ramped-up production will establish Tesla more.

Forging a beachhead in Shanghai is as strategic as Elon Musk can get to push his Tesla brand further into new territory. So, for the electric vehicle pioneer has made waves in the US, and Europe his Model 3, is one of the best-selling compact EV sedans. But, overwhelming demand has made it necessary to go overseas to handle the orders better. All in all, Tesla can do no wrong with its presence in the financial capital of China is checkmate. Tesla will rule them all.