Self-Driving Cars Will Replace Personal Use Cars for Individual Mobility 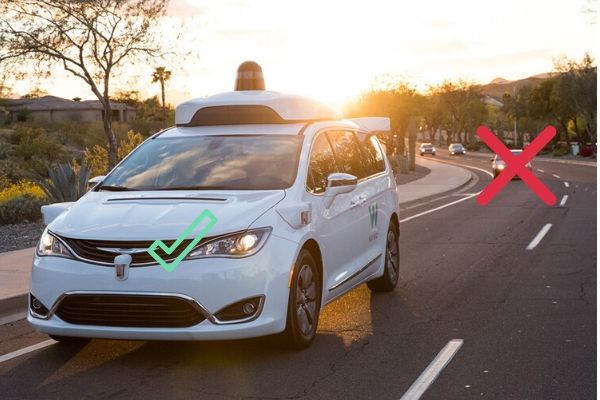 (Photo : www.canva.com)
Personal use cars are now threatened by self-driving cars that offer a better mobility option that may be sooner.

Are drivers willing to let of a personal use car, in favor of self-driving cars? That is the focus of autonomous driving technologies that are reaching a disruptive high. There is more interest in owning a car that will drive itself. One of these exists, and it is a Tesla so there are still bugs to fix.

Engineers have always wanted a car that can drive itself and function autonomously without any interference. Robo-cars are now a reality that is in the form of Waymo robo-cars and Optimus Ride.  Earlier incidents like a pedestrian death, accidents involving people and other cars show there are limitations too. But, there is optimism that owning a car will be thing of the past. If deployed in a mass of shuttles and for city commutes, that are similar to mass transit. This will free space, co-opted by personal use cars that will run more efficiently if they are self-driving.

Initially replacing more cars with robo-cars will be difficult, with all the expenses from infrastructure to other factors. But, the road to fully self-driving cars is hampered but several changes that will need to be spent on. One reward by revising how we view cars, not as personal conveyances but something that is shared by all. Starts the ball rolling to start buying fewer cars, instead ride robo-cars which is more convenient.

Read: Self-Driving Shuttles will be a First Step to a Car-Free City

The way human drivers behave on the road is chaotic in general, this leads to accidents and congestion. solving this problem should be easy with robo cars controlled with level 4 or fully automated level 5 systems. Deploying V2I, loT, 5G, will make it easy to cluster or platoon gangs of robo cars on the roads and freeways without the chaos. Once these automatons can read humans, that will be the start of letting go of car use for primary mobility.

Most transport systems are dependent on personal transport or anything that requires a driver. As a disruptive technology that allows cars to self-charge and keep on running for 24-hours non-stop. Means there is universal access to it, and driving a car to the supermarket is not needed.  The robo-car will get the rider where he wants and drop him off at a selected place.

Except carmakers like Tesla and others are making self-driving cars to avoid becoming obsolete. Waymo and other startups are empowering more people with a better mobility option, that is not tied to owning a car. If most will choose not owning a car that will give a huge push to fully automate cars, these robo-cars are communal. If personal use cars still exist along-side self-driving cars, there will still be concerns.

One other concern about personal cars is the sheer number of them. That are causing more problems like sustainability and environmental pollution. Giving up owning a personal use car will be the start of more self-driving shuttles, taxis, and trucks will be easier to manage. No more chaotic city streets and goodbye to congestion, which is a by-product of owned cars.