No Cars Allowed and Car-Free Streets Are Coming Soon, Leave Cars at the City Limits 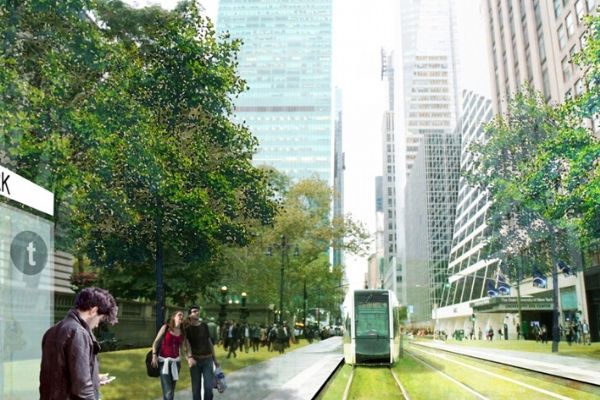 (Photo : www.arch2o.com)
When everyone goes no cars and all car-free our cities will be a better place to live in. Not a haven for motor vehicles going on all streets, while corners are all people occupied.

For most city dwellers, the one thing in common everyone notices is the cars that keep on moving on all streets. No night or day is ever complete without the sounds of cars, and the sound of congestion. It is like cars have co-opted the city and overrun it,  and people are crammed in the sidewalks. Most of the time pedestrians and cyclists play dodgeball with oncoming cars.

If we want to be without too many cars on every inch of space, the answer is the car-banning. With more car-free streets,  everyone ge ts to take a break from all the pollution and the noise. If cars were at city limits, its after-effects will be more pleasant compared to now. Even if a few streets were car-free, then it would be one less decongested street and the pedestrians will benefit. Also, those  who ride bicycles and electric motorbikes will have cleaner air. Compared to tons of cars, alternatives like walking, cycling will be better for every city dweller.

One component that cars sorely abuse is the limited space that should be for people. Allocating less to roads and parking is what cities must do. Moves to limit car movement and give the city people-centric planning is now a worldwide objective. Places where an urban environment maximizes the interaction of people all over are better. Not just seeing everyone huddled in sidewalks or street corner, with cars on the greater space occupied. It is time city planners begin to value spaces that add more to the quality of city living.

One big difference between American and European city planning is how cities were planned around car use. In European cities, instead did not fully adopt car-centric planning, but made urban spaces that were the opposite. The evidence is in having more car-free spaces and bikes are the most used transport. Something that cities in America did not follow, which is seen how congested they have become.

Read: How cities can benefit from car-free streets and more bike lanes

Rotterdam was the first city to adopt changes like car-free and lessens their movement. Instead, prioritizing people first and closing streets so pedestrians can move freely without dodging cars as in America.

Closing streets to traffic helped businesses grow, people can walk up to the shop and not worry about a parked car. This is much better for businesses and customers can buy at their leisure, which is one benefit of a car-free.

Cities benefit with less or no cars that emit carbon emission, by limiting or totally prohibiting cars the air is cleaner. Another benefit is the use of bikes, e-bikes, and other alternative transport that are low impact on the urban city. One pleasant after effect is the growth of shared transport services without using cars. These services earn something, and are highly sustainable like scooter and bikes that assures a cleaner environment.

As cities give up cars and begin to use sustainable e-mobility, more people-centric spaces improving health, business, and everything else that cars took away, this is much preferable. Expect more changes that will be beneficial for everyone.

Related Article: Why Car-Free Streets Will Soon Be the Norm

How Driving Slowly Kills the Environment, and How Sustainable Cars Can Stop it ...