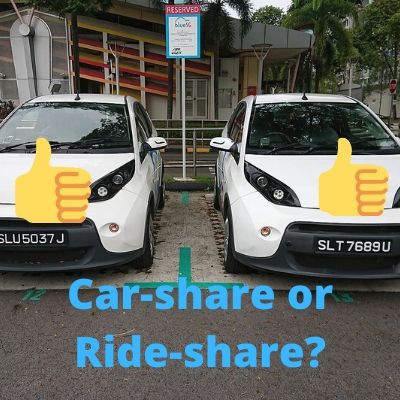 (Photo : https://upload.wikimedia.org/)
30,000 Rent Electric Cars will be the labour’s answer to address climate change and make EVs car and ride share available all over Britain.

Climate change and sustainability are hot issues that are on the table for everyone concerned. Increased carbon emissions and environment debt are prompting the Labour government to take drastic actions, putting into place a collective car transport scheme minimizing the effects of pollution with electric cars.

The plans call for acquiring 30,000 of them, costing £300 million to get everything rolling. This initiative for "People's Zipcars" will be available in most suburbs and cities all over. Accessing these service is easy as an app to avail of this e-Mobility service is now live with 30,000 Electric Cars for rent.

A plan this radical will directly tackle most environmental concerns that conventional cars have ignored, until of late. Another issue is the cumulative rampage of personal cars that is one of the contributors to the problem. Hopefully, with this initiative, there will be a drastic reduction of private cars on the road.

Similar services like the proposed plan are already in place, Zipcar has 3,000 EV running in most profitable areas. People's Zip car will be for all areas, especially those without this service, through community cars clubs that will be managed by cooperatives and local magistrates to effectively implement its use.

A clear sign had been sent to car-sharing enterprises by the government is to step up their services. Also, given that more areas that do not have these services yet since car-sharing should be the new norm and not be limited to key cities, the initiative  to deploy this in every village in Britain for it to be effective and holistic is still being worked out.

Another facet of the mass acquisition is to support the local electric car industry and to give the British EV maker more profits. That will benefit the local industry and develop car sharing as an acceptable option. This move means less need to get a personal car and give more support to car-sharing initiatives. Leasing the cars to the car clubs and all over the country will rake in £500 million as profit earned from the car-share. Another expense is earmarked for the app to hail these EVS.

Placing a car-share service that is accessible to most areas, takes away the elitist element and brings EVs to the grassroot level. Another push to clean the air via more EVs are loans to help finance more electric cars. Available loans are £33,000 for low to mid-class and those in the back-country areas to help buy electric cars.

Encompassing all goals that are better air quality, increased production of local EVs, and EV car-sharing that hopes to impress car-free as an option. Instead of control by a local government office, choosing car-clubs (locals) as controllers will work out better. Even Zipcar agreed 100% per cent and is willing to exist alongside the People' Zipcar.

Vivienne Mackinnon of Zipcar agrees with Labour's initiatives and its benefits more EVs in Britain. Car-sharing and ride-sharing with 30,000 rent electric cars will change driving habits and car ownership.

Getting car-sharing and renting car apps will be instrumental in reducing cars to clean up our environment.

Related Article: Labour Plans To Buy 30,000 Electric Cars And Let You Rent Them From An App