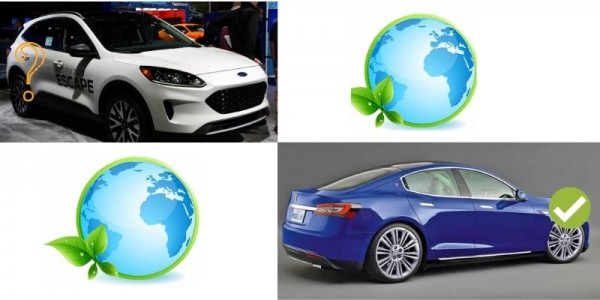 (Photo : www.canva.com)
Are you on with more hybrid SUVS than electric cars in showrooms? Consider getting a Tesla or any alternative EV as the answer to more sustainable driving that impacts nature less.

Is everyone not concerned about the environment? With tree-huggers going monkey-mad when SUVs are outnumbering electric cars in sales. Are they the scourges of electric cars. For the price of large SUV PHEV, a Tesla Model 3 or cheaper EV will pollute the environment less. But, it seems that buyers are fudged by SUV Hybrid PHEVs and buying them more. Could it be that an SUV PHEV is misleading buyers them to think they are new energy vehicles?

Sadly that is a great untruth, and SUV hybrids are less sustainable than a Tesla EV. Even to disprove to would-be early adopters that EVs are just as worse compared to them. Electric car buyers are even given a heads up that electric car power packs will be throw in dumps and become explosive wastes when owning one. That is not the case, because research is on to make recyclable EV batteries for the better but for now, it is a status quo. These power packs can be used as alternative sources of electricity as well.

One reason that SUV is getting more sales, is that they are re-equipped as hybrid PHEV to remain relevant. But, buyers are not educated on the reality of these pseudo hybrid EVs that still depend heavily on the gas engine. Everyone must be aware that these re-equipped SUVS is not commensurate with the performance of Tesla electric cars. When the Tesla Cybertruck is out in the market, most SUV PHEVs will become irrelevant and not as reliable

Would be-owners of EVs are not so fortunate as other places, not all states have begun wide-scale deployment of charging stations. Improved access to charging points outside anyone's home network is crucial for on the go charging. Problems with easy charging access will discourage most interested buyers from getting EVs. This discouraging scenario will drive buyers to go for SUV hybrids just so there is a backup when charging is a problem.

Unlike Tesla which has a ready roster of electric cars for new customers, Porsche and the gang are ready to play catch up to woo buyers. This is not the case, as US carmakers who are keener on SUV hybrid, than a full electric vehicle. Going for less pollutive and with a lesser carbon footprint, Tesla electric car will help their owner skirt concerns about sustainability and greener transport. Between a Model 3 and an SUV hybrid, the difference is vast, and there is no comparison at all when it comes to the interested customer. For the features and the price points that will lean on the interest as an early adopter.

Consider a Tesla or other EVs that are less lethal to the planet. As far as SUV hybrid come, depends and they still rely on their gas component, because of their size. Will it be a Tesla and ditch that SUV hybrid?