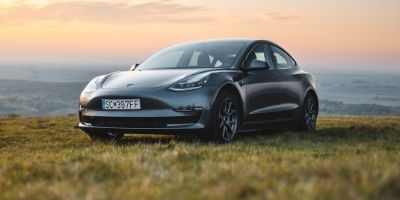 (Photo : Photo by Martin Katler on Unsplash)
Infinity car dealership gets a Tesla Model 3 for the mayor of Sherbrooke. There are no Infinity EVs available that prompted the move and hits the news.

A Quebec Infinity dealership did the oddest thing for one of its loyal Nissan owners, who had a relevant dilemma. This reflected something relevant for the Infiniti-Nissan brand to consider, he wanted a full Nissan/Infiniti EV, not just a hybrid option. After considering the request, they opted to get a Tesla Model 3 instead.

High profile customers always assure dealerships of definite periodic sales, especially if they are as loyal to this particular dealership. The mayor of Sherbrooke, Steve Lussier request was granted by receiving the Model 3 from the dealership he made his automotive purchases. All because he wanted an EV from them, which was not part of Infiniti's options yet.

By, this time there should be such vehicles in the lineup, but so far none is available. Compared to the brands that are sporting them in the showrooms. This what most dealerships need to keep the buyers interested.

Just in 2019, major badges starting with Tesla, Audi, BMW, Benz, and Jaguar already have their EV vehicles in the premium EV category. To get the ball rolling for mother company Nissan, there should be an EV ready for 2021 (speculation). In the recent car show in LA, there was the Ariya concept EV which hopefully gets into actual production soon. Or Nissan/Infiniti is just bidding its time with all the recent launches.

Rather strange as far as car stories go when the in-between bits of the story gets more interesting. Acquisition of another car brand is unheard of for the most part. It gets another twist that it reached the dealership's Facebook page too. They announced that a solution has been reached, getting a Model 3 was the answer to their loyal customer.

A rare occurrence that a car dealer of another brand that actually got another car, that is not their own. For the most part, there was minimal profit for the Infiniti dealer. Could this just be one instance of customer satisfaction, because of who is buying? But, everything ends well and the Mayor got his electric car. Overall, it is strange but achieved some notoriety for the dealership granting the mayor's request.

Mission accomplished for the dealership, but there is an off-side to it. How can the cajole the major back in 2021 to get a luxury Nissan full EV? So, far Tesla has been the best electric car brand, but others are lapping on their heels. Now, throw in Nissan/Infinity who will play catch up in the luxury EV niche. Can the car badge even catch up, and get back their customer.

With most of the car buyers going electric, what happens when buyers dry up. All because the competitors are with EVs in their lineups. One thing is for sure, get an Infiniti full EV or lose profits and a consumer base.

Related Article: Infiniti delivers Tesla Model 3 to loyal customer who wanted to go electric, due to lack of options