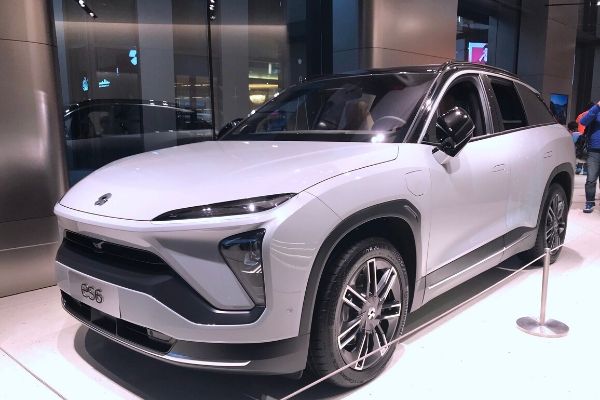 (Photo : upload.wikimedia.org)
Can Chinese Nio turn the tide against its downward slide and get a footing with their new e-SUV. That is pointed at rivals in the upcoming e-SUV market throw down.

Now, here comes Nio, and their strategy is to sell an electric car that looks like a Tesla. Though engineered and designed after a Tesla car, there is still a gap, but deals with Euro techno giants have shortened the technological gap. This shortcut allowed faster growth on their part to get where Nio is now.

Take for example the Japanese and America auto brands that are still way behind Tesla's EVs. Euro brands like Porsche, BMW, Volkswagen, and Volvo are in a better place because they can catch up and have certified Tesla Killers. Still, reaching the overall quality of Tesla will take more research and development on the Chinese EV startup's part. this makes Nios financial losses very serious and they need to recoup them with their new e-SUV.

Their e-SUV coupe that will face off against Mercedes and Tesla's new SUV in uphill climb but it is unavoidable. A perception about Chinese reputation when it comes to manufacturing is a stigma for car buyers. But, Chinese electric car technology sold for less, just as advanced will be a cheaper and affordable option for some buyers. Increased promotion of EVs in China will be an advantage for Nio, and they know it

In particular, the Mercedes GLC Coupe and the Model Y are going to be its main competition in the sports SUV category. The tag price of the EV has not been announced, but it has a panoramic view window as one of its features. Included in its current lineup of models are their ES8 and ES6 SUVS and an EP9 sedan. It is betting on their e-SUV to change their fortunes against other top EV car brands.

Selling an e-SUV is not the easiest to do for most car companies in the mainland China. One way to break even is to aim at a modest number of cars sold per month. One market expert "AutoForesight" made these comments and are optimistic that with a good strategy everything will pan out fine.

The key element in the strategy of Nio is marketing its automotive products that looks similar to a Tesla design at a glance.  It cannot be discounted that Nio has its merits, with its own proprietary technology it has developed.

Adding to the woes of Nio is the financial backing it has from partner Tencent Holding to fuel its development. So, far their three-model line up has been noticed and are already on sale. Adding their upcoming e-SUV coupe may just be the kickoff they need to boost profits for staying afloat. Even Tesla has its own losses in the US, but Nio is smaller and cannot afford a loss.

Will Nios get its break and it paydirt? Till the final reveal and orders comes, that will be the answer.