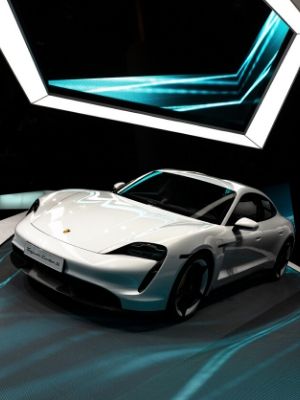 (Photo : Photo by Justus Menke on Unsplash)
Before the Porsche Taycan, most challengers to the dominance of Tesla has hit a dud. For the Taycan, fortunes are changing and Tesla customers want it.

The term Tesla killer is used so lightly used for many aspirants going after Elon Musk's brainchild. One of the not so new kid on the block took some growing. So, far Tesla has been shrugging off blows by rival startups. Most of them are not a significant rival until Porsche entered the scene. In the recent Tokyo and LA Auto Show, the German carmaker revealed the Taycan that wowed and electrified the EV world. Despite the presence of the e-Mustang, it still made an impression for everyone.

Best of all, it attracted Tesla owners who are willing to wait for this sports EV. In California where Tesla's bailiwick is, there have been quite many inquiries about getting the "Taycan". Or is it "Taken" considering the piqued interest of those willing to shell out for the premium sports EV. Nonetheless, the formerly Mission E is poised to add more sales to Porsche already bestselling line-up in the US market.

Speculatively, with the Taycan on sale which is expected to pull in Tesla owners and more profits. In the coming 2020, when the electric sports EV hit the showrooms expect a sales tug of war. On the other side of, course is Tesla ready to duel for the consumers' nod.

It seems Tesla owners are not just the ones speculating on getting Taycan as their next ride. Other badges like BMW, Audi, and Mercedes-Benz owners are also willing to get "Taycan". Such positive feedback only reinforces, the wide appeal of the Taycan for most buyers. This windfall of interest is something that will drive sales up, enough to have Tesla sweating a bit too.

Read: Porsche Taycan and the Tesla Model S are Heading for An Epic Electric Vehicle Face Off

Even before the Taycan is on sale in the showrooms, Porsche insiders are mum about who are the first 20,000 customers who want to jump the line. Even before the commercial sale of the sports EV, there is an unrevealed number of online takers for the Taycan. It indicates that their new EV will take everyone by storm.

By comparison to the older Model S, the Taycan will cost more with updated tech. But, buyers are willing to fork out the cash for it. These owners of the Older Model S are the ones looking for something like the former

It is no secret that the Taycan is a premium performance electric sports sedan that will set anyone back by $103,800 (Base model Taycan 4S). If the performance version is preferred, get the Taycan Turbo S that offers more range and electric output. But, way cheaper is the Base Model without most of the higher trim, will be $100,000 but still exceed standard EVs. The release of the 4S and Turbo S will be before fall 2020, and the lesser Taycan goes on sale in the fall.

This sports EV sedan deserves the claim as one of the fastest EVs, with 3-seconds 0-60 mph with a top speed of 160 mph. Cruising range is less than the Model S at 300 miles but has a fast charge function. It is no wonder why the Taycan has taken the EV world on its hunches.