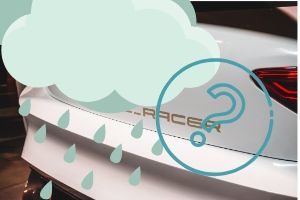 (Photo : Photo by David von Diemar on Unsplash)
Are Electric Vehicles everything they are promised to be? Or is this just a façade to further more EV use, despite some facts. Why should it even be under question?

The Electric car is the supposed answer to sustainability with its use of electricity, instead of fossil fuel, according to the tree-huggers. Developments in the use of electric cars are now unfolding, which gives another version of the hype: the backlash of Volkswagen's claims on emission were refuted and proven to be wrong, and the overly unrealistic objectives of the EU in governing carbon emissions, in relation to its environmental policy.

An objective of reaching an acceptable amount of carbon emissions, agreed on April 17, 2019, dictates an emission level of 59 grams per kilometer is the standard. Overall, this is ideal, but are neither achievable and norrealistic. If anything, it seems overly optimistic, considering the recent trends.

Records show that in 2006, emissions were at 161 g/km and fell to 161 g/km with smaller fuel-efficient cars. From 2016 to 2018, it is 116 to 120 g/km because of more gasoline-fuelled cars than diesel-fuelled cars sold. Increased emission is now from 118 to 120 g/km in 2018 and was believed to be due to the increased sales of SUVs worldwide. By far, a gas engine is currently giving off more CO2 than bigger and dirty diesel power plants.

One drawback of the EU directive is that no one can make an ICE, which could meet unrealistic goals. It seems the EU is dead set on achieving that result with electric vehicles. It is not accurate that EVs have no emission because they do. The carbon footprint is when oils are burned to produce electricity to run it. Quite a fallacy that it has not at all!

Read: LA Auto Show 2019: 6 Reasons Why There are More e-SUVs This Year

If most carmakers make half as EVs and ICE, to reach the target set. This is important because if there is a fallback, this will cost 6000 euros per car each. To get ahead of the curve, they tie up with other EV makers to make up for their incapacity.

Looking at it from another viewpoint, this is nothing short of misleading for automakers. Anyone falling short will fork out a great amount as a penalty, for failing to comply. It costs a lot to manufacture an electric car, which is either do or die for them. Add up the retooling and getting the batteries for them, which is very expensive.

Another bombshell to burst the EV bubble is research shows that EV batteries are short-handed. One reason their batteries give out from repeated charging. Electric cars cannot reach the distance required to be cost-effective, according to European thinktank. EV car batteries need to be improved despite claims by EV experts, which is a very convoluted topic.

All the going on and the hubbub that is because of growing urges to adopt the emission standard, despite disassociated reality. Leads to a question of how sound is it and whether it should be re-examined. There are many questions to answer, how it will affect EU nations. Or as some claim that everyone is taken in on the electric ride, without all the facts in.

How the EU and its members resolve this policy is anyone's guess. What is at stake is the whole EV industry as a whole, and those in the center of it. Then answer, whether EVs are worth the trouble or not.