Which Has Better Handling and More Control: A Front Wheel Drive or Rear Wheel Drive? 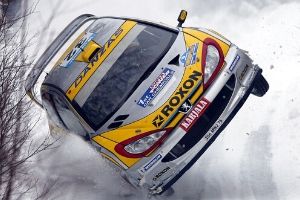 (Photo : upload.wikimedia.org)
Understanding the basics of FWD and RWD is crucial to know how a car handles. The way to adapt to its proclivities is an important skill for drivers to know.

Seriously, when getting a car, this should be a major influence on what you are getting. Both drive layouts have pros and cons, that should be familiar with. Especially in low traction environments, like winter when roads are slippery and prone to losing grip. Another thing is where the car, will be driven.

For the basics, most sedans are equipped with FWD more than RWD, which is mostly passenger vehicles. Vehicles for racing will get the RWD treatment because more traction is needed in the rear. Most city limits and normal driving are good with FWD, though passenger sedans are getting AWD installed now. Companies like Toyota, Subaru, and their rivals are doing the same thing to stay alive. Here is some fact about FWD or RWD to help guide you when getting a car, not an SUV.

Benefits of FWD
If you live in snow-bound regions, a FWD will do just fine, for this environment. Power is focused on the front wheels, exerting more traction on roads, with more grip. The weight of the front engine and the front axle getting the most motive power is better. In simple words, pulling is better than pushing the car forward. Equip a car with winter tires, will have better control on FWD car. All the positive traction upfront is more efficient when pulling out off skid better too!

Read: Winter Driving 101: How to do "The Scandinavian Flick" Drift Move in An Emergency

The negative of FWD
Despite the good thing about FWD, it has problems that cannot be ignored. One of these weakness is bad performance in corners, with less control than FWD. Another is tires wear out faster in the front layout position. A tendency to torque steer is another problem that it suffers. Front weight balance is more suited to everyday driving, which FWD is best at!

Benefits of RWD
Cars with RWD are adept at tight turns, with better control. Throttling high to low is more efficient for this layout. Compared to FWD, a RWD offers balanced handling than front traction-based FWD. Performance cars benefit from it with better control and handling. RWDS are wizards when it comes to balancing power and control on a tight fulcrum. Placing the engine anywhere is in no problem.

The negative of RWD
Though good at handling the traction is something to deal with, especially on roads with less grip. Because of this, RWD is prone to more skidding and control. All because the rear tires are not a good fulcrum, compare to the front ones. Always have winter tires equipped for RWD, if you care for safety.

These drivetrains are suited for different environments, where the traction is matters. Taking care to compensate for oversteer and understeer for both matters a lot. But, in wintertime having snow tires equipped mitigate concerns of less traction. Know your drivetrain, also how to handle them. It makes all the difference.

Debunking ideas that Drivers Should know About Winter driving