Are SUVs Equitable with All the Problems Associated with It and Should it be Banned? 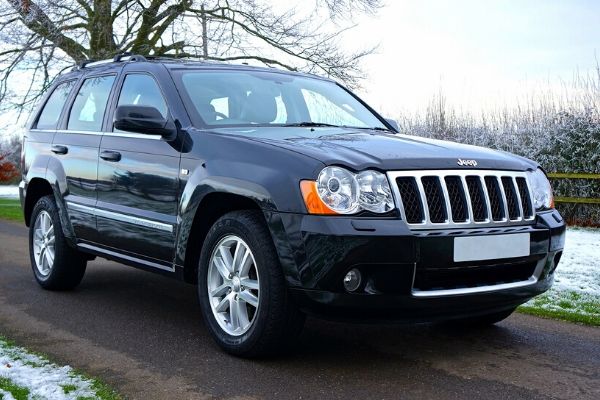 (Photo : pexel via canva.com)
Is owning an SUV considered “equitable” when it comes to certain conditions. Several problems connected to it is prompting it to be “banned”. Some factors should be discussed. Read on and decide later if equitable and banned applies.

Is owning an SUV considered "equitable" when it comes to certain conditions. Several problems connected to it is prompting it to be "banned". Some factors should be discussed. Read on and decide later if equitable and banned applies.

1. Adoption of hybrid engines is limited so far.

Efforts to make the SUV cleaner whether large, mid-size and compact with hybrid engines will fall short. People cannot seem to digest SUVs as hybrids. But, some headway is gaining more opting for a combo gas variant engine. One problem is that the gas component pulls most of the weight now. The E-Mustang is on the expensive side, so not everyone can afford it! Till electric SUVs get cheaper, these hybrid SUVs will still pollute.

2. By their size and height, making them a deadly combo in accidents.

An SUV that collides with a compact is manageable, but when it hits a sub-compact it will be a 50-50 for the other driver. Same goes for pedestrians and cyclists who are statistics in road accidents. Most are "victims", but the lucky ones learn their lesson. Safety has gotten better for passengers riding inside an SUV. For those who are unlucky enough, they are just part of the roadside body count. An SUV is like the grim reaper with 4WD compared to smaller cars that pedestrians can survive more.

Sedans have proven to be more fuel-efficient than SUVs for mileage, but they are dying out. The culprit is the compact, mid-size, and large SUV that is selling like hotcakes in dealerships. It seems that buyers are more into SUV more. It is rare to see a sub-compact as part of most line ups, unless electric or hybrid. The efficient gas-powered small car is in danger of getting extinct in US showrooms.

4. They take up too much space on the road.

Isn't it annoying when in traffic that SUVs take up more road? It is a fact that more of them sold will create more congestion. Smaller cars will not as space consuming which is ideal. But cities and towns are getting crammed full of cars. With more SUV on the road then expect the worst. Some cities in the US have declared car-free to manage congestion better.

5. Getting rid of them will be a problem when they are junk.

What happens when SUV with all-steel bodies are junked years from now? More SUVs are sold everywhere in all countries. Alternative materials for a car chassis in development, with other materials for the body coming soon. Metal and aluminum car parts will have to be disposed of or reused, but what happens in the meantime.

6. These gas guzzlers are tipping the environment to disaster.

There were expectations that electrics will lessen carbon emissions. SUVs are consuming whatever is saved and adding more pollution. They are now called for banning from this result.

Overall, these are all the concerns whether it is equitable or not. Is banning SUVs right to do? What are your thought