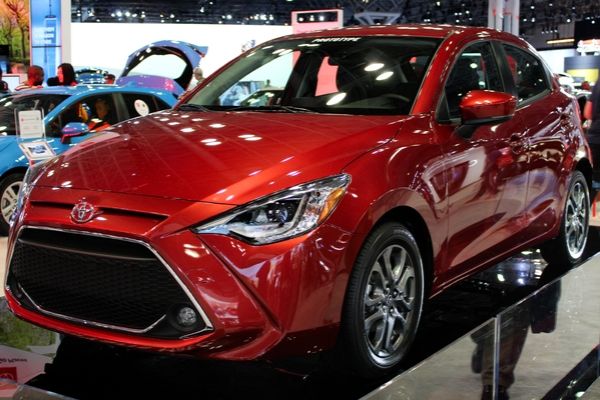 (Photo : wikimedia.org)
Subcompacts are one of the smallest cars on the market and of the new 2020 Toyota Yaris. It is an oddball of sort because it is both a Toyota and a Mazda. Car companies are now teaming up and combining efforts to bring new cars into the showroom. This collaboration between two excellent car brands that are known for their flagship lines that include the Mazda 3 series and the Corolla Altis

Subcompacts are one of the smallest cars sold on the market and of the new 2020 Toyota Yaris. It is an oddball of the sort because it is both a Toyota and a Mazda. Car companies are now teaming up and combining efforts to bring new cars into the showroom. This collaboration between two excellent car brands that are known for their flagship lines that include the Mazda 3 series and the Corolla Altis. A Mazda rebadged as Toyota should be the same because the first Yaris was derived from the Scion iA.

Some questions are already up in the air with the unveiling of the Yaris. What kind of Yaris will be sold in North America? Already the Mazda 2 Yaris hatch is coming to showrooms soon. In other places, they will be getting a version that is built on Toyota's New Global Architecture (TNGA), unlike in the US. Another tidbit is that model's that are performance variants will be available. Again, if any of these variants will hit American showroom, still no definite answer to that.

This subcompact hatchback is alternatively called the "B" platform that should give the updated version extra pep. Can't really tell the real score, but getting the TNGA version will be a good development for prospective buyers. Expect the American version that will be hatchback, not a sedan.

Powertrain and its specifications

All variants have the option of selecting three kinds of engines in the hood. These engines will be a 1.0-liter that's fuel-efficient, and a bigger 1.5-liter, the last is a hybrid engine that runs on electricity and gas. Expect the hybrid type to make 15% more power than the older Yaris Hybrid. Fuel efficiency is spiked with 20% increase with better performance. Variants that will be equipped with a hybrid engine will have the old nickel-metal hydride battery swapped with a lithium-ion battery. Mentioned is a reduced weight on the Japanese version that will be lighter by 27%, compared to the older power cell.

Interior of the cabin

Since everything is updated for the interior trim which is a plus for a small car. On the dash is a touchscreen that is similar to other Mazda offerings. It's no surprise this 10-inch heads-up LCD has been retained in rebadging the Mazda 2 a.k.a the Yaris.

Accompanying the model's redesigned exterior is a thoroughly reworked interior that includes a large touchscreen tacked onto the centre of the dashboard, as well as an available 10.0-inch head-up display

Some differences in the dimensions should we expect in the rebadge and redesign of this subcompact car. It has lost a bit of size in certain dimensions by losing 2-inches in length, but the wheelbase is wider at 2-inches wider! Inside the loss of 1.6-inches of height, still retains the same headroom because the seating is lowered a bit!

Even with just the rebadged Mazda 2 "2020 Toyota Yaris" there's always room for an excellent subcompact hatchback. It looks good with the attractive façade and everything that comes with the unit. Though this oddball has its charms that will attract those with a yen for fuel-efficient hatchbacks.