Hybrid and Electric Cars that Defy Expectations in 2019 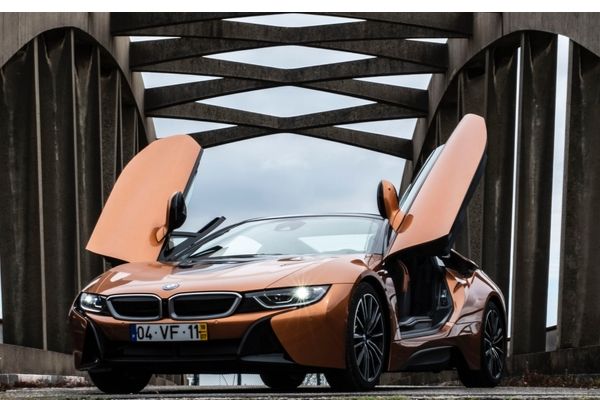 (Photo : Photo by Fernando Marques on Unsplash)
The competition to sell Hybrid and Electric cars is heating up and in 2019, we’re getting a taste of what’s to come! Many things have been said about Electric vehicles are getting a boost in development. Companies like Volvo and Geely are developing electric cars to replace the gas car, in a few years.

The competition to sell Hybrid and Electric cars is heating up and in 2019, we're getting a taste of what's to come! Many things have been said about Electric vehicles are getting a boost in development. Companies like Volvo and Geely are developing electric cars to replace the gas car, in a few years. Daimler Benz even inked a deal with Geely to develop its Smart car division. To compete in the electric car arena. Tesla is in for a rough ride, with these car's price points.

A pickup EV is a radical idea, but one that has 400-mile as its cruise range is amazing. With a depth limit for wadding at 3 feet deep too. It is an all-wheel-drive that is good enough, pick up EVs are a novel idea as of now. Fast acceleration and more space on the truck, and lighter body with less moving parts too. Electric SUV is but a beginning and will get better!

The advantages of hybridized technology is now an option for the Porsche Panamera. Though not fully electrified yet, this car has a 2.9-litre V6 engine. One of the more powerful hybrids that's akin to a land rocket too. Factor in the 462 horsepower that includes electric motors, used in shifting from electricity to gas. Though a hybrid, it has performance and handling that is better than a standard engine.

Another hybridize car that still kicks out with a combo gas and electric motor that is in between. But, it's not short on horsepower with more than enough supplied by its hybrid engine. All sports cars performance with a minimized carbon footprint, a car for the new generation. Is it slowed down by a hybrid combo? Hardly with 2.4 seconds in 0-60 mph when accelerating. This one is premium but worth the price tag!

Are you ready to ride this luxurious sport electric vehicle? If you can afford it with a whopping 600 horsepower under the hood and hit 60 mph in under 3 seconds. Other equipments as standard are high-speed rear-wheel steering, air springs, active anti-roll bars, and other extras. Innovation with flaps that improve streamlining too. A range of 311 miles per charge and fast acceleration too.

Just like Tesla before it. Byton wants to redefine what an electric vehicle is! This company is applying disruptive tech that appears as a wide digital screen dashboard, replaces a traditional one. Developing software that will be fully autonomous so cars can drive themselves. It will incorporate social media while driving too and be fully digital.

The future is bright with Hybrid and Electric cars that are slated for 2020 as game-changers for the auto industry. Old and new players are hustling to get on top? Who will it be, we'll know in time.

LA Auto Show 2019: 6 Reasons Why There are More e-SUVs This Year