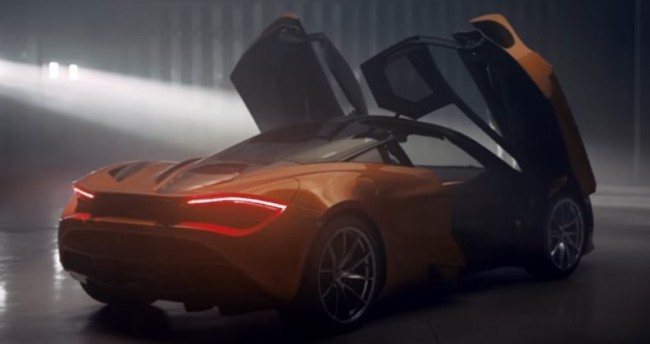 The McLaren 720S is ferocious, lightweight, and aerodynamic. The supercar has an insatiable need for speed and will be coming out later this year.

The McLaren 720S is ferocious, lightweight, and aerodynamic. The supercar has an insatiable need for speed and will be coming out later this year.

According to a report by Car and Driver, Ferrari may not acknowledge that it has any rivals. However, the Italian Stallion is likely noticing the British automaker's rapid model-development program. It has been only six years since the MP4-12C, McLaren Automotive's first official product.

The MP4-12C got a heavy facelift and a new name after three years. It became the first generation Super Series known as the 650S. Its latest successor was unveiled at the 2017 Geneva Motor Show, the 720S.

The newest Super Series has a carbon fiber monocage as well as an all-new 4.0-liter twin-turbo V8. The engine that is capable of 710 horsepower and the new Super Series weighs 2,828 pounds without fluids. It can reportedly do a quarter mile in only 10.3 seconds and can even stop from 124 mph in only 4.5 seconds flat.

The McLaren 720S is the first car to use the automaker's new Monocage II carbon-fiber tub. This brings significant developments with it. Its predecessor, the 650S, used a metal windshield that was surround bonded to the front of the carbon-fiber structure. The 720S however has integral carbon A-pillars and a carbon windshield header.

The new tub also has a central roof spar with mounting points for the new doors that open wider. It also has a B-pillar hoop, and buttresses. The new structure weighs 39 pounds less than the original Monocell thus falling to only 2,829 pounds in the lightest configuration setting.

Acceleration numbers are also more impressive the faster the car goes. The 2.8-second 0 to 60 mph time for the 720S is only a tenth of a second quicker than the 650S. However, as speed builds, so does the improvement. The 720S's 7.8 seconds to 124 mph is 0.6 second faster while the 21.4-second 0 to 186 mph is a reported full 4 seconds quicker than the 650S. The figures seem somewhat ridiculous but if they are true, this car will be a beast that has a claimed top speed of 212 mph.

One of the most interesting additions to the 720S is the new foldable driver display. McLaren wanted the new second-generation Super Series to be a speed machine. In an effort to ensure that the driver would focus on what's important, the British automaker opted to make the driver display foldable. This will ensure no distractions when the need for speed arises.

In a report by Road and Track, it was revealed that the foldable display comes in several modes. It comes in a full, upright mode which displays the complete instrument cluster. There is also another mode for racing that ensures there are no distractions. The driver display will fold out of the way and the driver will be able to fully focus on driving.

The Folding Driver Display complements the supercar's 8-inch central infotainment touchscreen. The new screen will run multiple applications at the same time on the vertical touchscreen. Audio, media, navigation, and other convenience features will all be quickly accessible. The interior will also have aluminum switched, leather upholstery, and a reported "unparalleled visibility."

The McLaren 720S second generation Super Series coupe will be available in May of this year. An open-top Spider model and an LT will be coming in 2018 or 2019. Based on the figures for the 650S, the open-top may be worth waiting for since 75% of the sales were reportedly for the non-coupe variant. The coupe is expected to have a starting price of $285,000.

The Ford GT40 is a Legendary Supercar and One of the Most Collectible Classics ...

Why the Porsche Carrera GT is the Greatest Car Ever Made