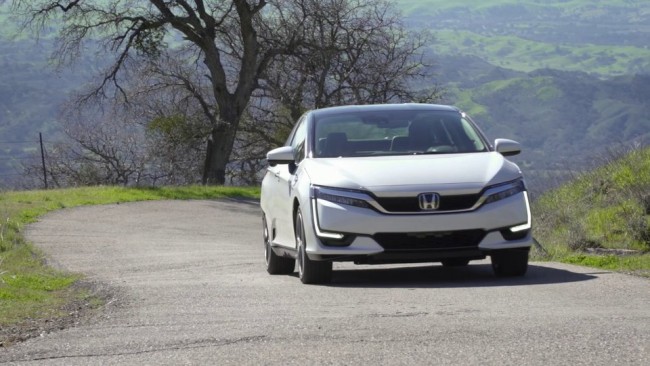 The brand new 2017 Honda Clarity fuel cell vehicle is one of the most awaited cars from the brand this year. It is deemed to be the finest automobile to come out from Japan.

The Honda Clarity is the first of three different vehicles planned for the hydrogen-electric car platform. The other two will be a standard hybrid and a plug-in hybrid both of which are expected to be released in the latter part of the year.

For decades, creating a hydrogen-electric car have been a hot topic in the industry. And several automakers came up with prototypes. Toyota was the first automaker to market with the Mirai. Now, Honda delivers the Clarity.

The Honda Clarity is a five-passenger sedan powered by a hydrogen fuel cell. The fuel cell creates electricity which charges a battery and powers an electric motor.

There is no need for gasoline, and there will be no internal combustion engine of any kind. There will also be no need for charging cables or need to find the nearest charging station. It's the best of both worlds.

As for the trim level, there is only one for the Clarity. But with this, one is certainly enough.

According to reports, the Clarity will also be available as a completely electric vehicle and as a plug-in hybrid with a gasoline engine. As for the design, the Clarity is distinct and one-of-a-kind. The rear wheels are partially skirted by the fenders, making it look full. It also makes way to a larger passenger compartment. The Clarity's roofline slides back all the way back to the trunk as well; this gives it a four-door coupe look.

It comes with all the usual Honda refinements when it comes to technology. There's navigation, the HondaLink smartphone integration, and a 540-watt sound system.

The car also supports Apple CarPlay and Android Auto. There's an 8-inch tablet mounted on the dashboard. It also supports the HondaLink app which allows owners to monitor and control the Clarity.

There are six stations in the Bay Area, one in Truckee, one in Sacramento, sixteen in Los Angeles, one in Santa Barbara and one in Del Mar near San Diego. There will be more added as time goes on.Inside, the design is futuristic. It boasts an "Ultrasuede" covering made from recycled materials. Its upholstery is simulated leather called "Prime Smooth" and the dashboard sports open grain wood trim.

As for how well it feels on the road, Slash Gear wrote an interesting report. An excerpt from the report reads:

The Clarity Fuel Cell's 366-mile range - versus the 312 miles of the Mirai - plus its fifth seat compared to the Toyota's space for four give the Honda the edge on paper. It's more enthusiastic driving style, meanwhile, nudges it ahead on the road. Though, both of these cars are so deeply niche that whichever you pick, you'll have both the reassurance - and the slightly haunting range fear - that you're right on the cutting-edge. Just as I wrote about the Mirai three years ago, though, for all hydrogen's potential the big limit is its fledgeling infrastructure. If you live and commute in the right places, fuel cells can make sense, but they're far from ready for the mass market.

Digital Trends also released a report regarding the pricing for the 2017 Honda Clarity. An excerpt from the report reads:

Formula 1 2017 Season - Everything You Need To Know

Tesla Model 3 Specs and Options - The Most Popular Option Among Reservation ...

Here's How Much Luxury Automakers Make From Every Car