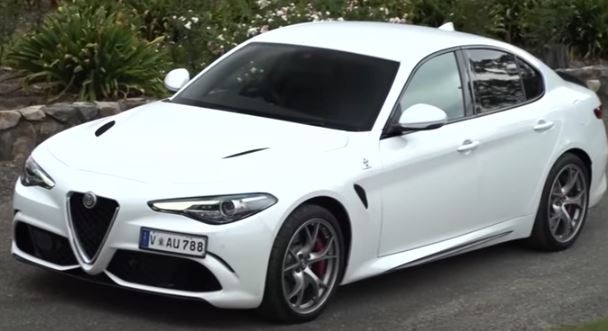 The Alfa Romeo Giulia Quadrifoglio is the car that many have been waiting for the automaker to build. In fact, this was designed not only to rival the BMW M3 but also to surpass it in every single way possible. And on this note, let's check out if indeed the Giulia was able to punch a hole on BMW's long history based on tests run by experts in the realms of the performance.

Note that choosing a winner based solely on each car's lap times is not enough. These are not race cars to begin with. They are sports-enhanced and can do other things. Also, this is a game of inches to reign supreme in this segment.

Alfa Romeo Giulia Quadrifoglio. First off, when Alfa brought back the Giulia with the Quadrifoglio version, it became apparent that it can compete directly with the Cadillac ATSV, wherein both have twin-turbo engines, rear wheel drive, and manual transmission. But then Alfa Romeo put in an automatic and yanked up the stick shift, thus allowing the Giulia to compete with the like of BMW M3 and AMG C63.

Thanks to FCA's new Giorgio rear-wheel-drive and AWD platform, handling of the Giulia became a bit steadier on the road. Plus, it's the Alcantara, leather, carbon fiber, and metal steering wheels provide the driver with impeccable steering.

BMW M3. The new M3 has the most changes. BMW has proved that for 2016, the new Competition Package demonstrates the importance of proper tuning. At an additional $4750 option, this includes 19 more horsepower from the twin-turbo 3.0-liter inline-six, forged 20-inch wheels with wider Michelin Pilot Super Sports, and a retuned suspension with new springs, dampers, and anti-roll bars.

In a nutshell, thanks to the Competition Package, the M3 is much closer to the M4 GTS than with its other siblings, the regular M3 and M4. This is basically an M3 that is not completely overwhelmed by its own power, unlike what it was before. When it turns, there's not a lot of slack in the steering. It's well balanced.

However, despite having the most changes, most drivers who stepped out of this sports-enhanced saloon commented on the noise. Well, an M-car is supposed to be focused on performance, not only on comfort. But overall, this new M3 is a well-rounded sports-enhanced sedan with a more powerful engine, a great back seat, and looks amazing up front matched with GTS-inspired wheels.

Comparison. When CarAndDriver took the 2017 Alfa Romeo Giulia Quadrifoglio out to face the BMW M3, it won over the enhanced saloon. MotorTrend did the same thing and matched both vehicles and the Giulia once again reigned supreme.

Both noted that the 2017 Alfa Romeo Giulia Quadrifoglio is the total package. Its twin-turbo 2.9-liter V-6 provides the best acceleration to 60 mph in just 3.6 seconds, 0.4 seconds quicker than the BMW M3 with an 11.9 in the quarter at 121 mph.

Verdict. BMW have withstood the test of time, but the BMW M3 is not as talented as the Alfa Romeo Giulia Quadrifoglio. This could be the best compact sports-enhanced sedan in the market. But at the end of the day, only you can decide which performance vehicle is up your alley.