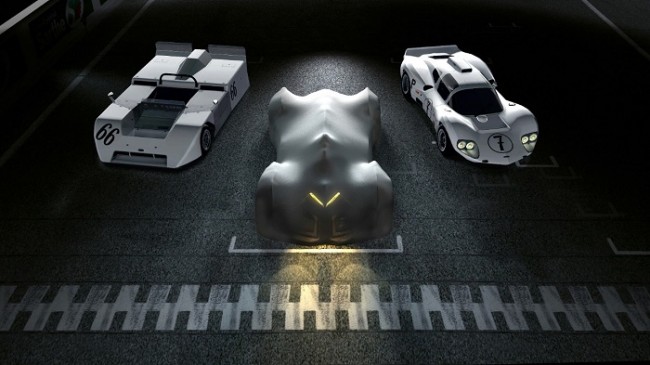 When racers Jim Hall and Hap Sharp founded Chaparral Cars in 1962, there weren't many people who thought they'd change the conformities of the racing world, but that's exactly what they did.

By forming a partnership with Chevrolet Research and Development and pioneering applications of aerospace and aerodynamics technology, Chaparral Cars literally advanced the science of racing vehicles. The company was also successful on the track over more-established sport car companies from all over the world, using Chevy horsepower.

The "spirit of innovation" inspired the Chevrolet Chaparral 2X VGT concept race car developed for the Vision Gran Turismo project, which was created to celebrate the 15th anniversary of PlayStation racing game Gran Turismo, according to General Motors.

The automaker is inviting fans to get a glimpse into the future of automotive design at the Los Angeles Auto Show on Nov. 19.

Gamers will get the chance to race the Chaparral 2X VGT following the release of an online update for Gran Turismo 6 just in time for the holiday season.

"Jim Hall and Chaparral blended the art of racing with science in an unprecedented way, changing the sport forever and inspiring a new generation to experiment with aerodynamics and unconventional materials," said Mark Reuss, GM executive vice president, Global Product Development, Purchasing and Supply Chain, according to the automaker. "His race cars were four-wheeled physics projects that proved innovation - and a strong Chevy race engine - could drive you to the winner's circle."

Dick Troutman and Tom Barnes made the first Chaparral, a front-engine race car, back in 1961.

In 1962, Jim Hall and Hap Sharp, who had purchased one of the original Chaparral racers, created  Chaparral Cars, Inc. and started to design and construct Chaparral 2, a mid-engine car with an aerospace-inspired semi-monocoque fiberglass chassis.  The vehicle was powered by a 327-cubic-inch Chevrolet small-block V-8 engine and would later be equipped with an innovative torque-converter transaxle, according to GM.

In 1963, Hall qualified the Chaparral 2 on the pole position and set a track record in the process in its first race at Riverside. A year later, he won the United States Road Racing Championship (USRRC) and, in 1965, the Chaparral 2 recorded its biggest triumph on the racetrack, winning the 12-hour race at Sebring.

Chaparral Cars then partnered with Chevrolet Research and Development in order to create develop the pioneering methods and materials Hall envisioned, like the composite monocoque chassis, lightweight-alloy powertrain systems, automatic transmissions for racing.

In 1966, Chaparral introduced the 2E race car, which is now known for its large, high-mounted wing, for SCCA's Can-Am series. The vehicle represented a big milestone in aerodynamics applied to race cars, providing as much as 240 pounds of downforce at 100 mph.

Phil Hill and Hall scored a 1-2 finish that year at Laguna Seca, and a year later, the Chaparral 2F set the fastest lap in five of the eight World Championship Endurance competition races.

Hall's pursuit of handling-enhancing downforce paid off in 1970, with the introduction of the Chaparral 2J. It featured a Chevy V-8 and a separate motor to drive a pair of fans that exhausted air beneath the car.

The Chaparral 2J's fan-driven downforce system was effective, but also controversial. In four races it recorded three pole positions, before being banned by the race series' sanctioning body, according to GM.

Hall and Chaparral continued to race throughout the 1970s, and the company scored a big win at the 1978 Indianapolis 500, with Al Unser Sr. driving a Chaparral-prepared Lola racecar. In 1979, Chaparral built its own Indy car, the 2K, which helped Johnny Rutherford win the Indianapolis 500 win in 1980.

The Chaparral 2, 2D, 2E, 2F 2H, 2J, and 2K are all now displayed in the Chaparral Gallery of the Permian Basin Petroleum Museum located in Midland, Texas. 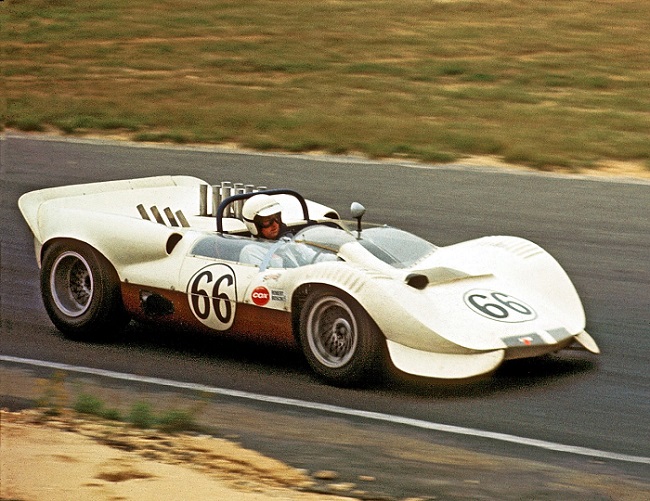 The Chaparral 2, circa 1963, featured an aerospace-inspired semi-monocoque chassis, advanced aerodynamics for downforce and a mid-mounted Chevrolet engine. 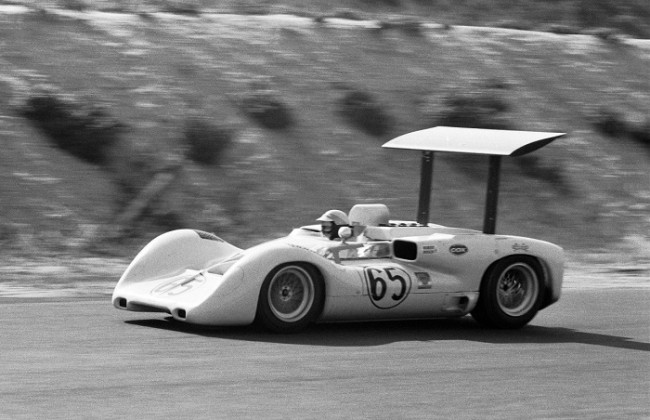 The 1966 introduction of the Chaparral 2E helped alter the course of race car design. 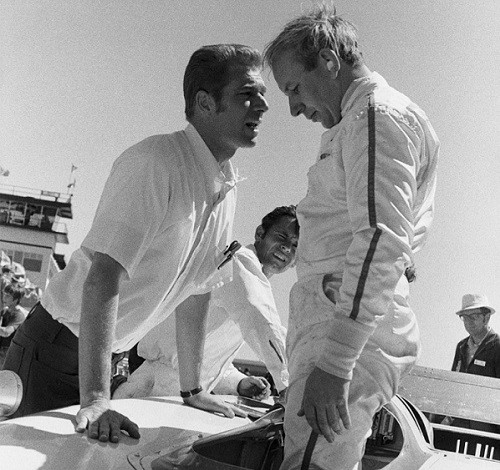 Jim Hall (L) has a word with driver John Surtees as mechanic Franz Weis looks on in pits at 1969 Edmonton Can-Am, the debut race of Chaparral's 2H. 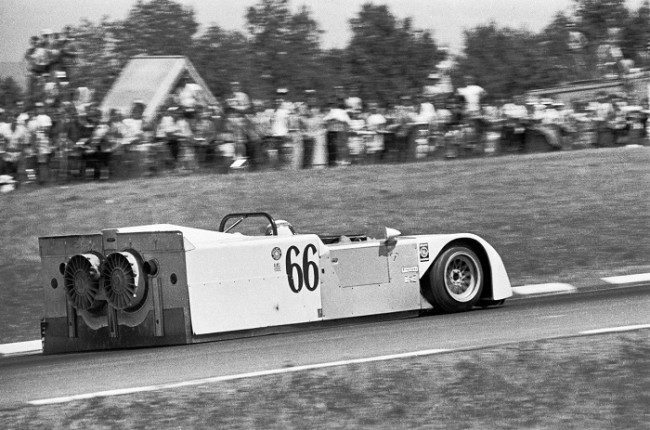 The 1970 Chaparral 2J, was one of the most radical race cars to ever hit the track.